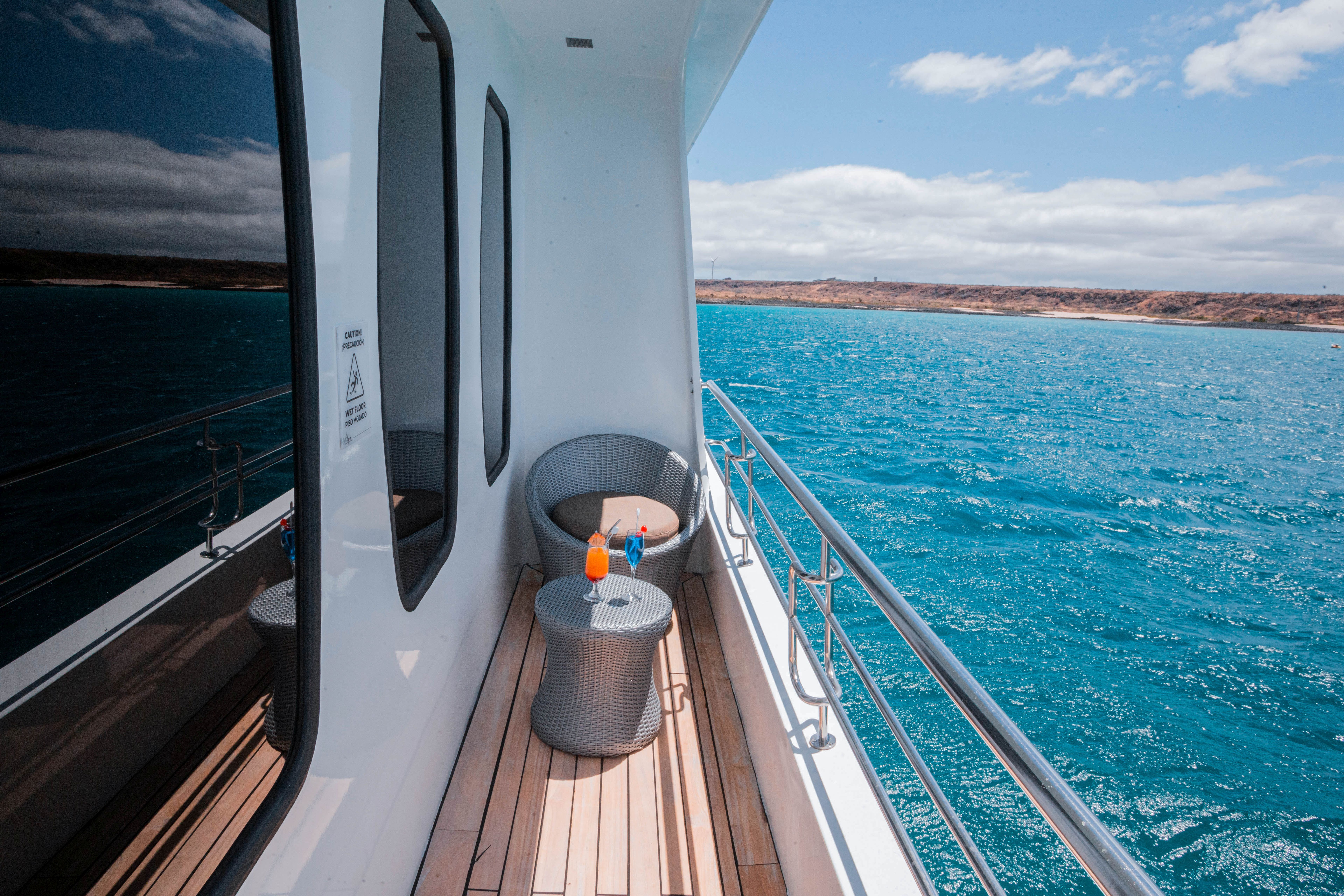 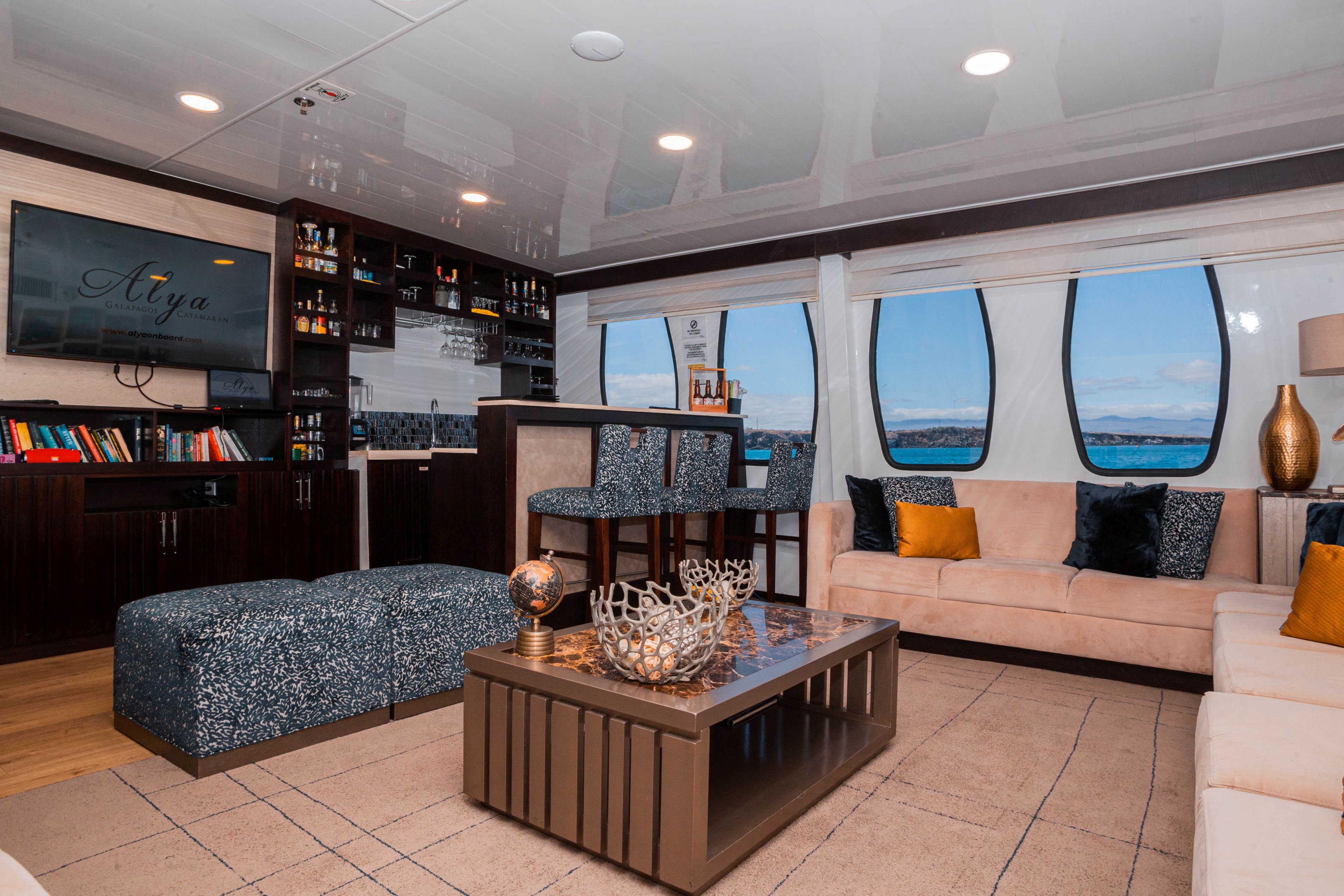 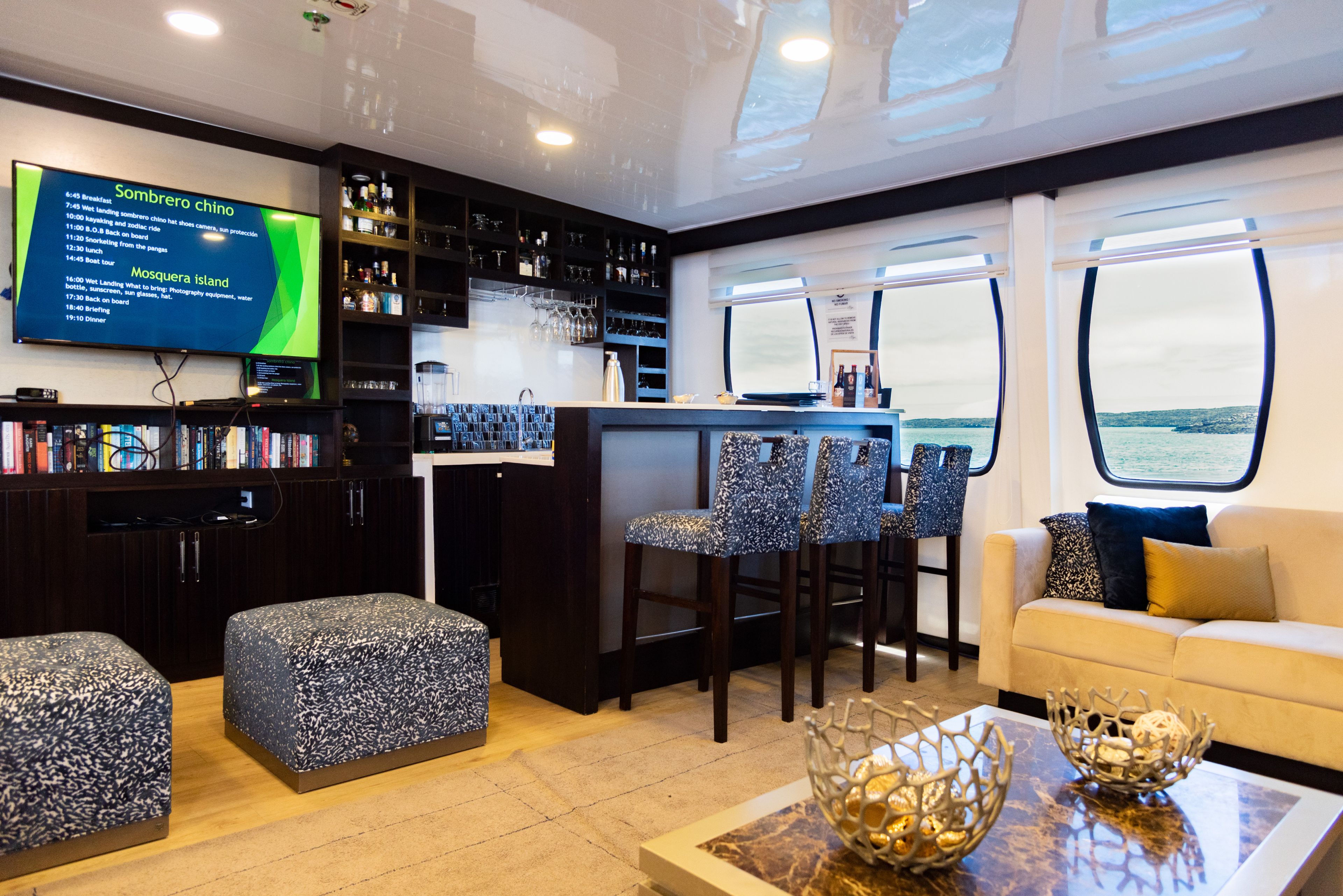 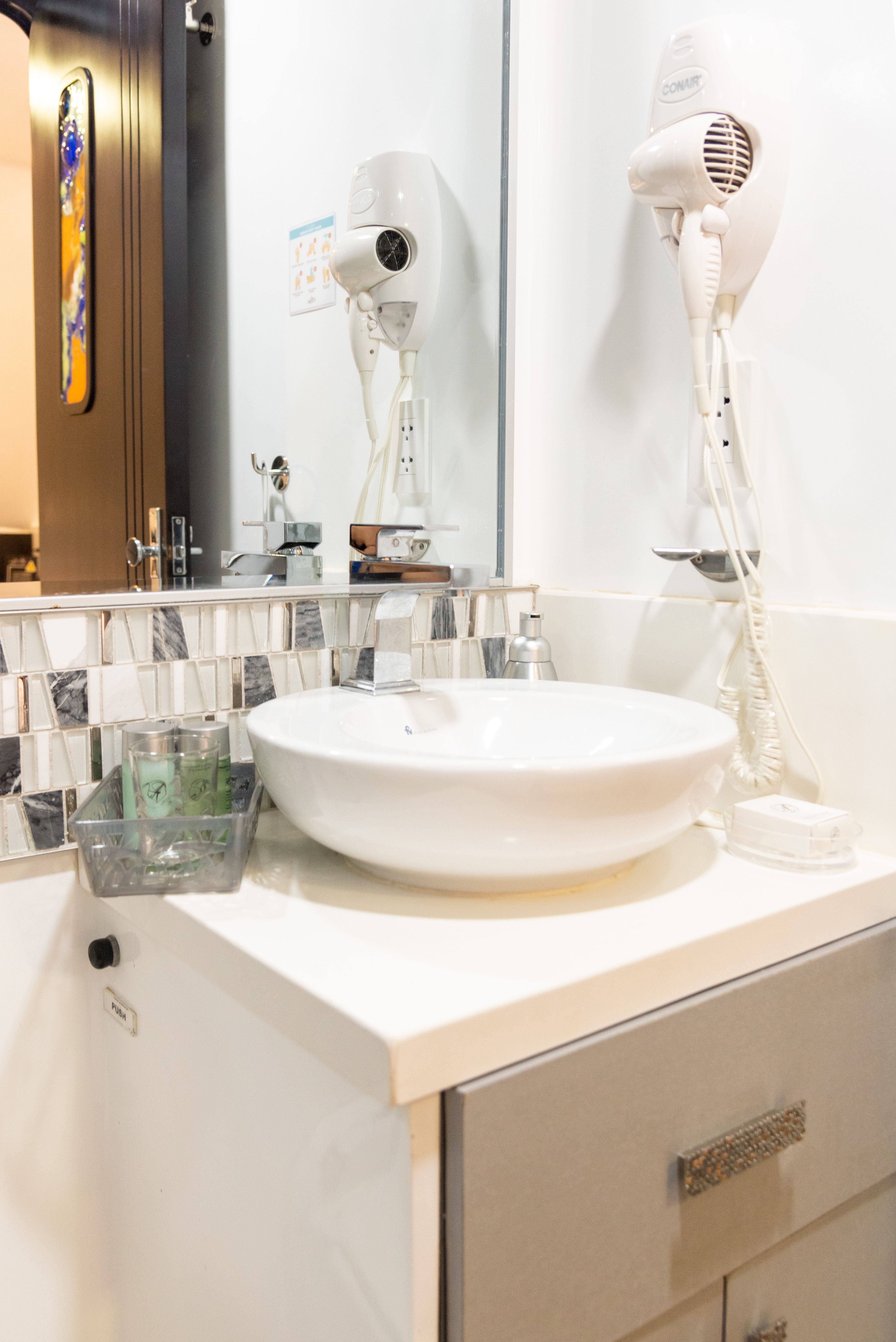 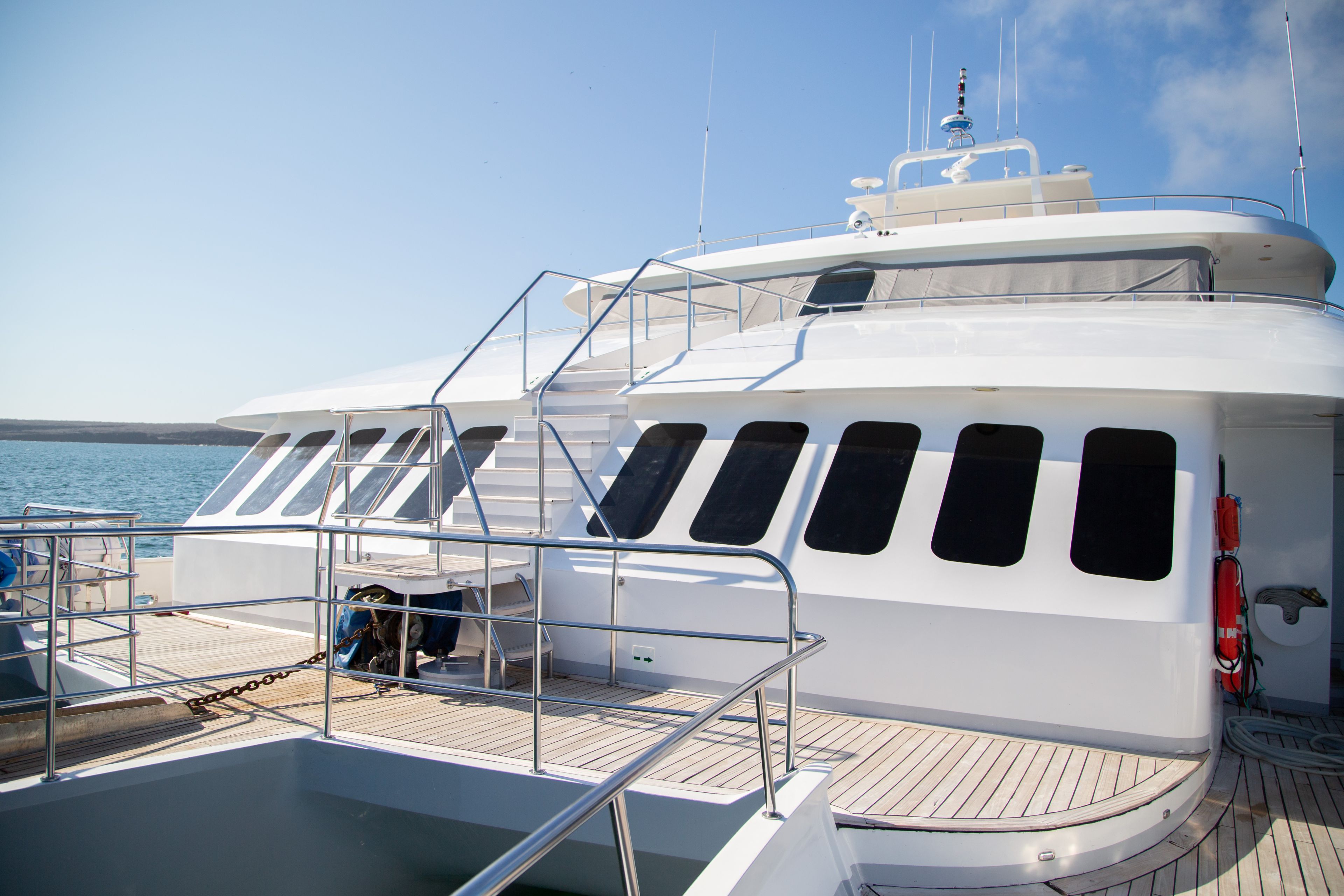 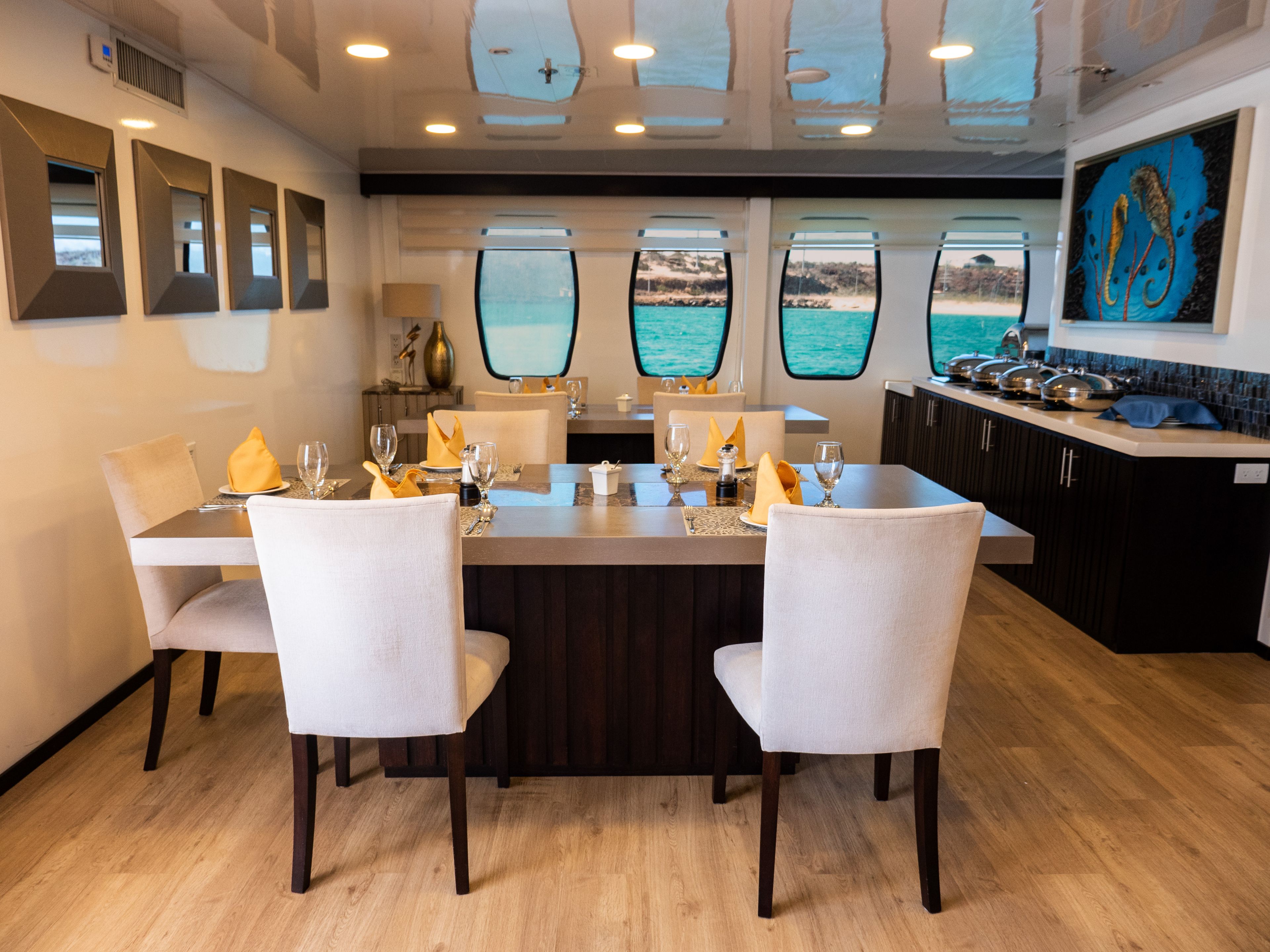 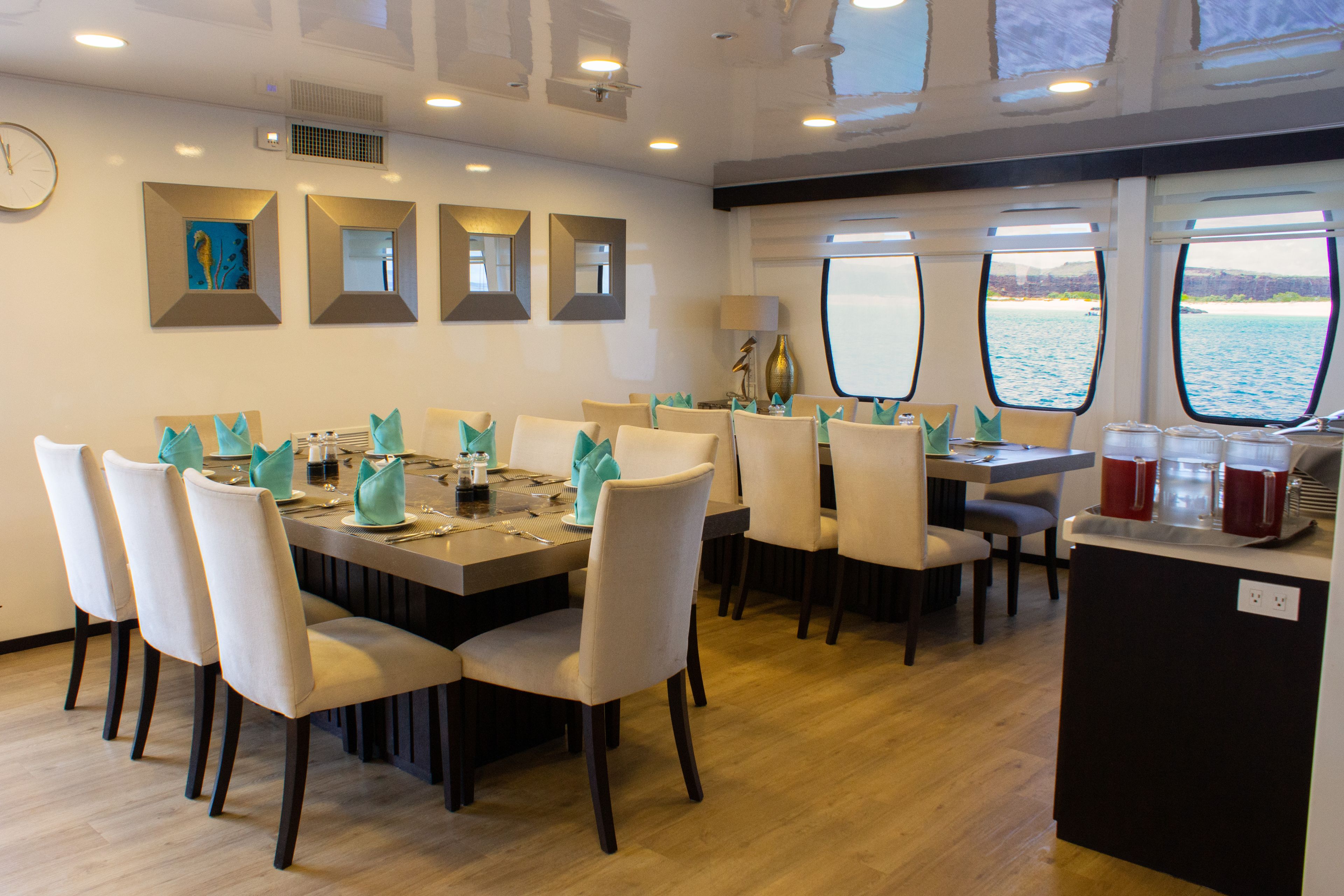 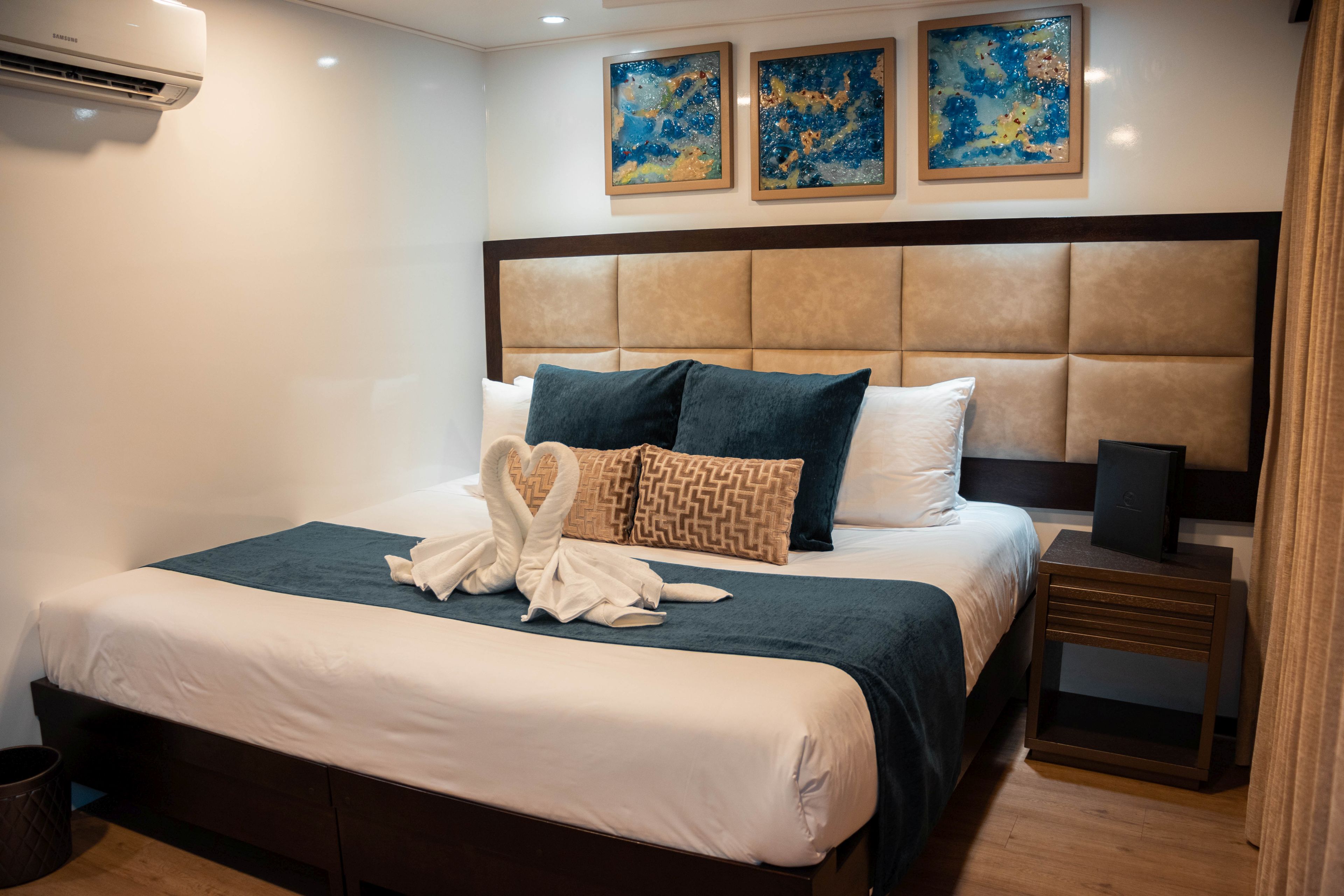 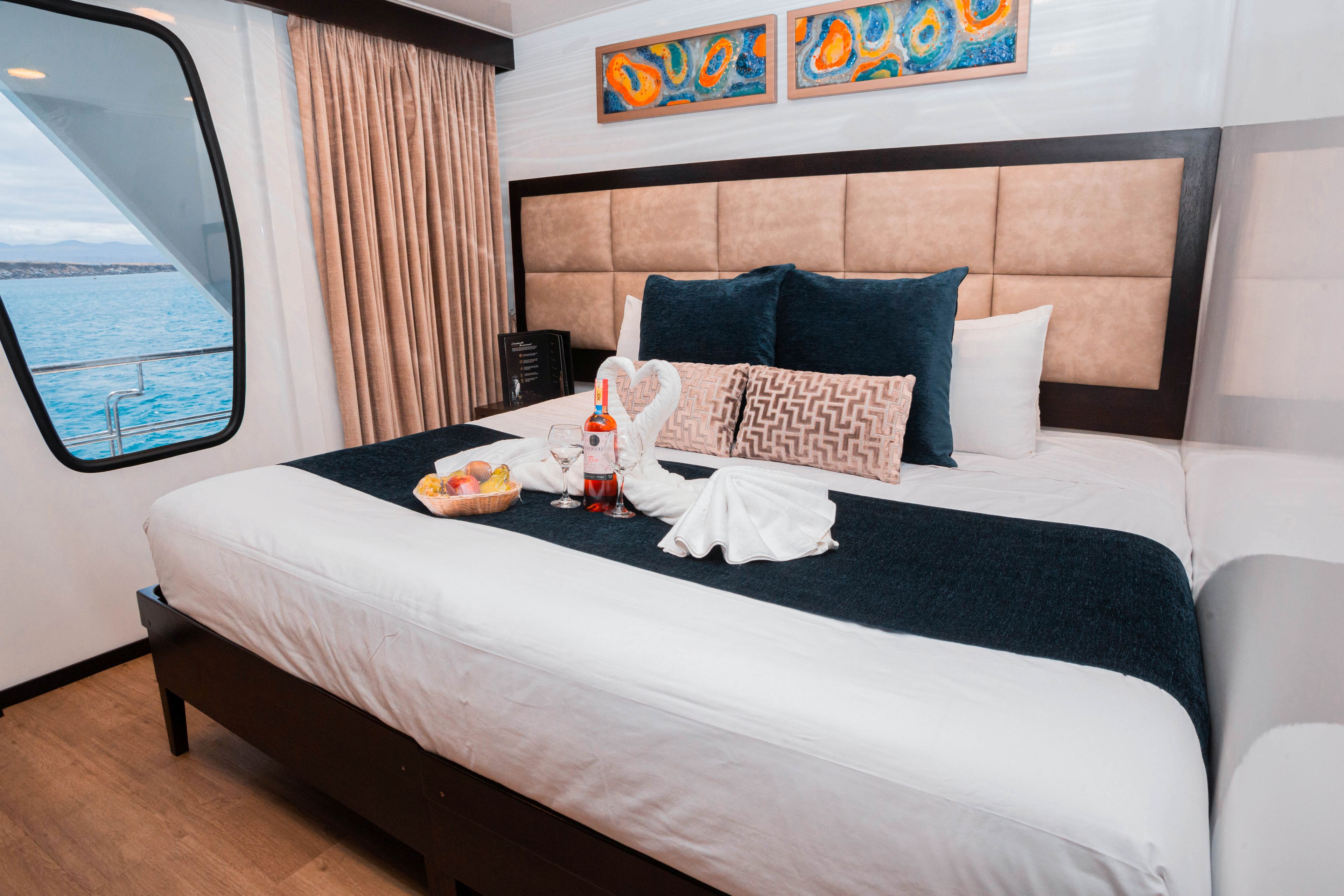 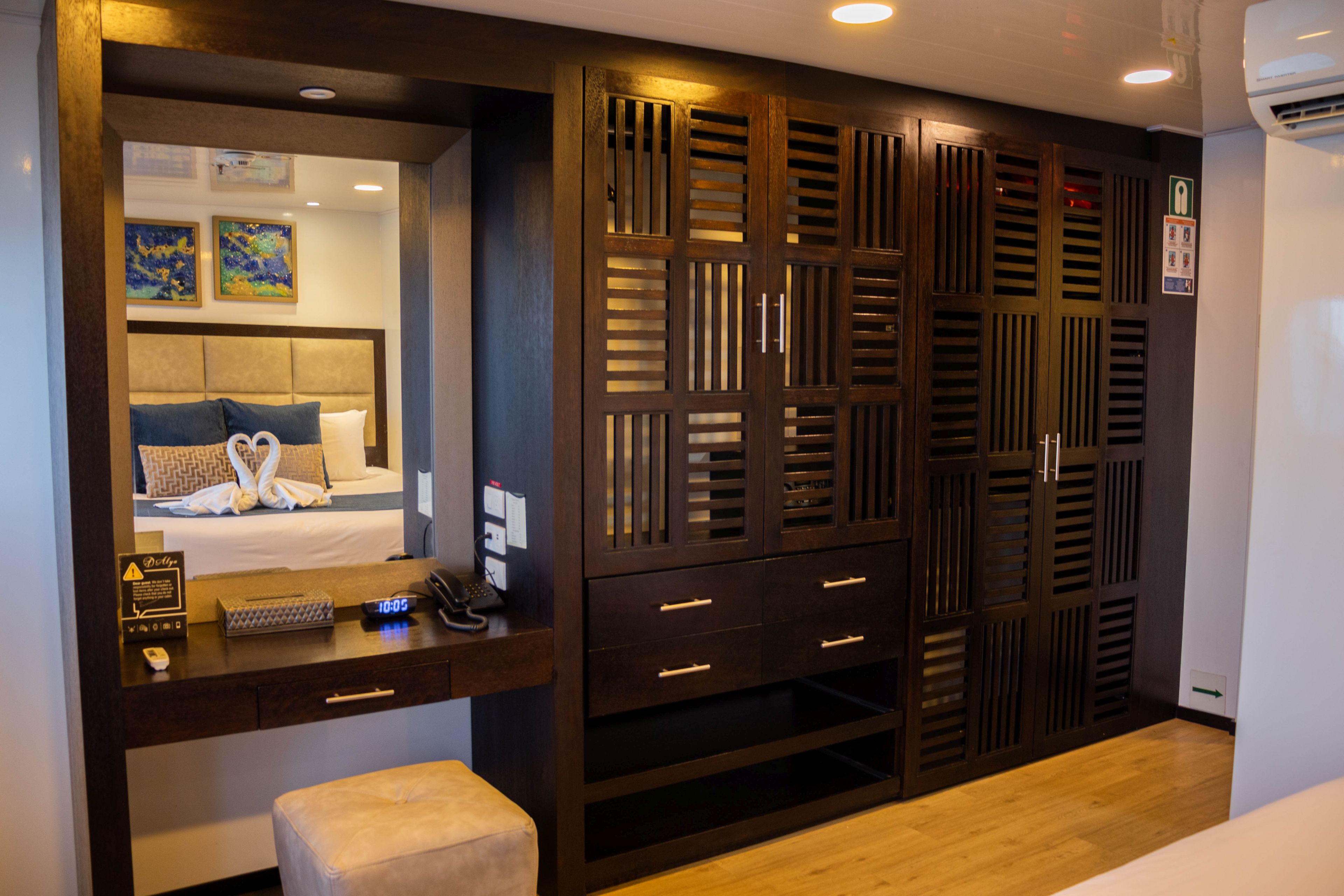 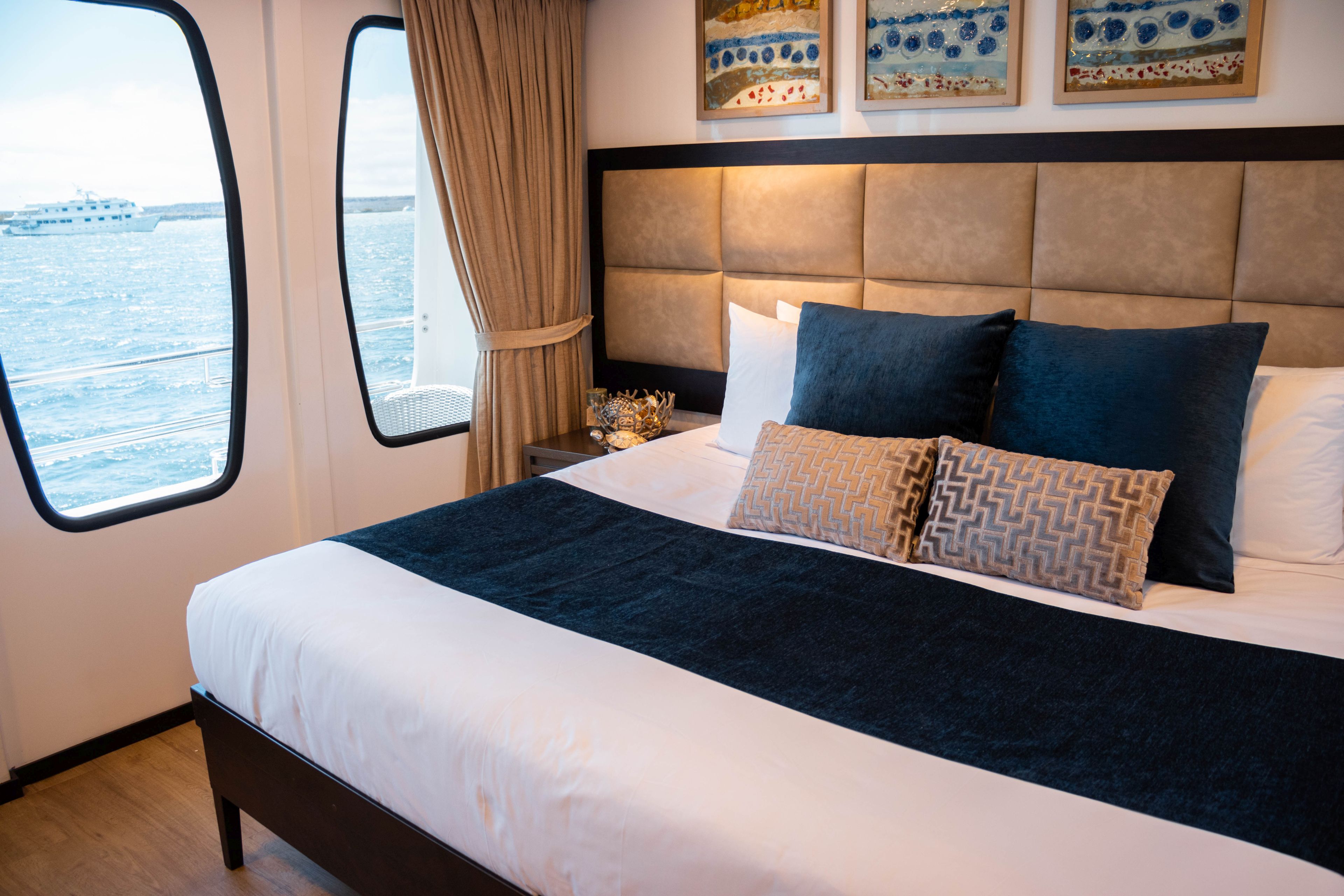 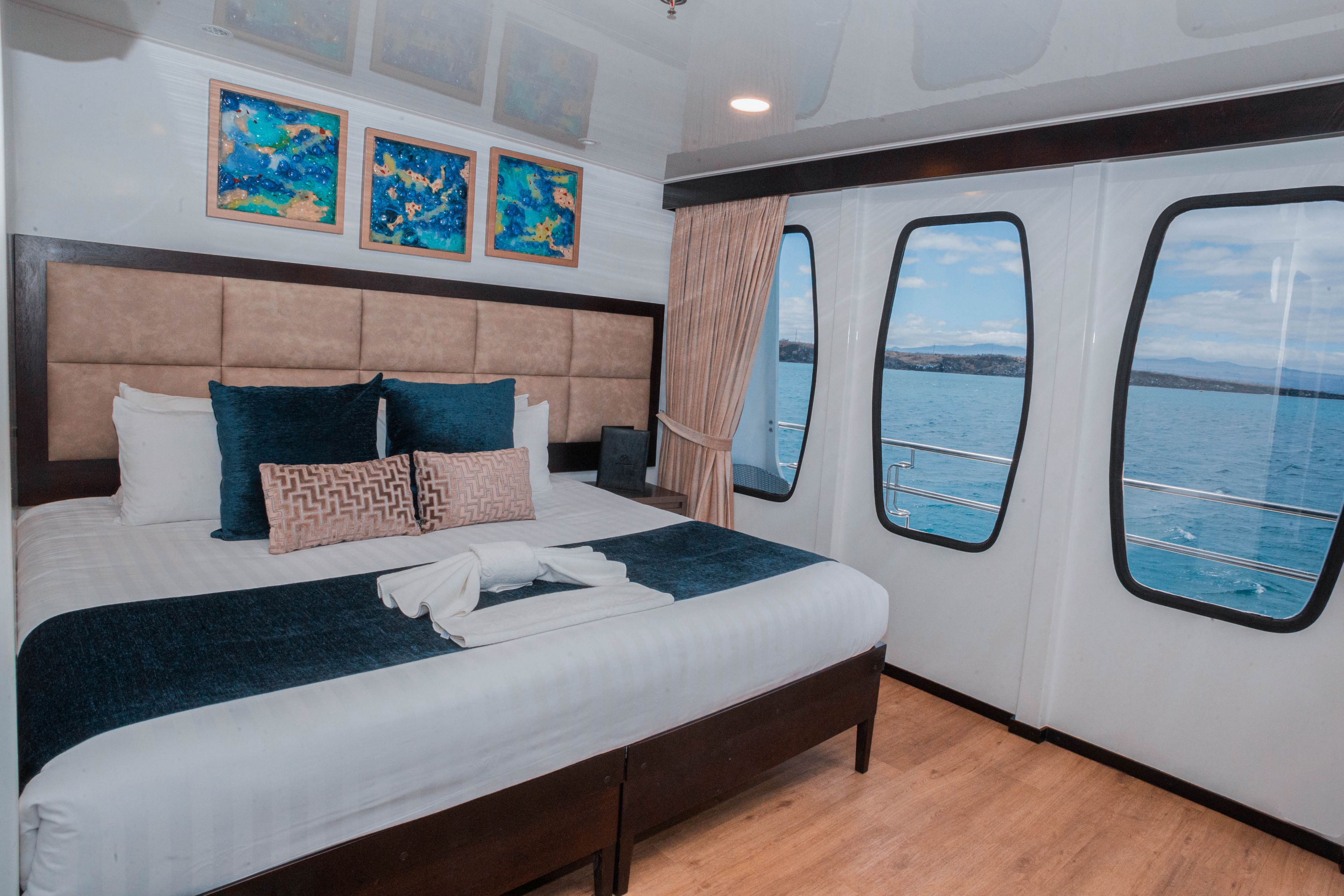 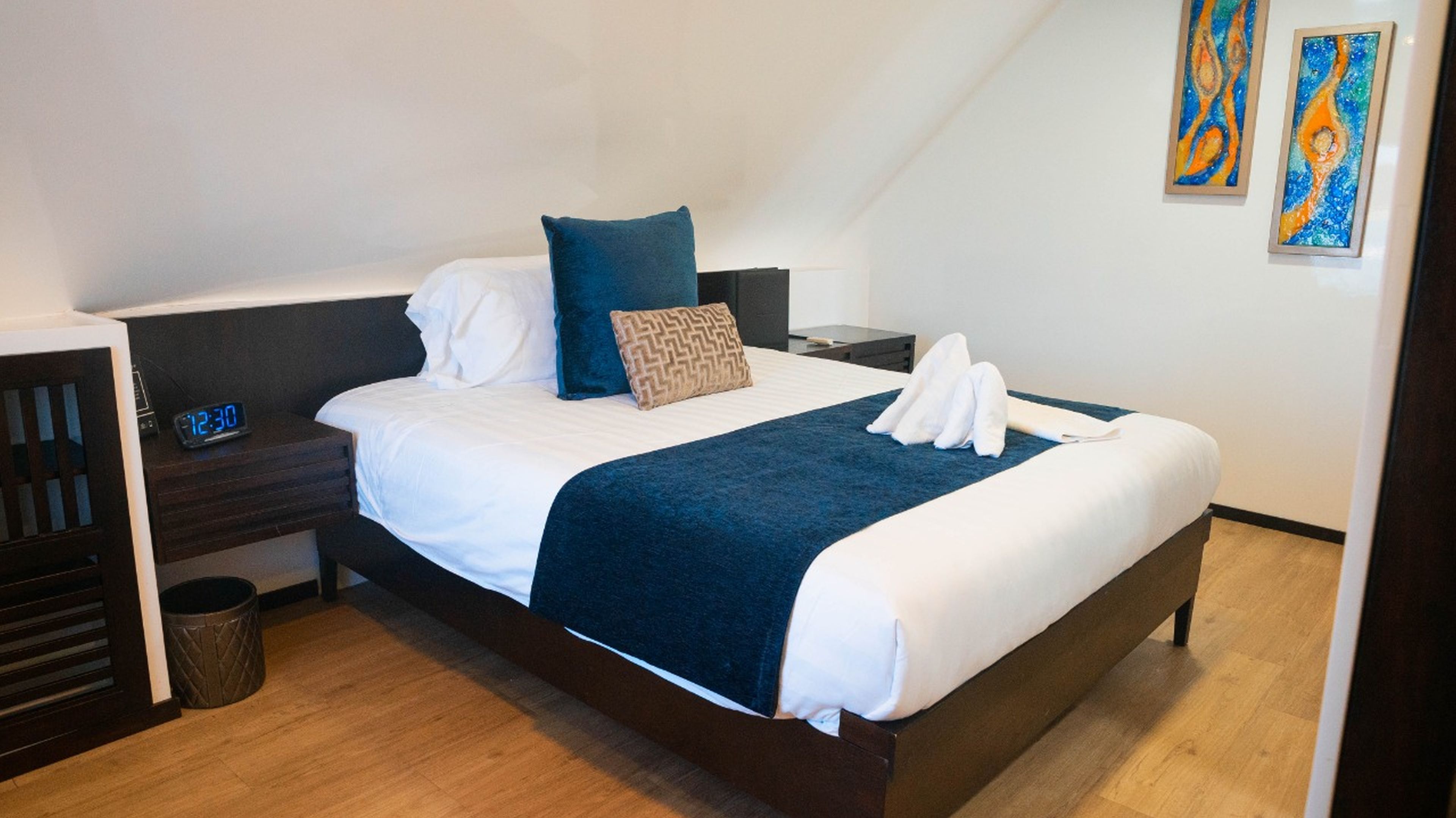 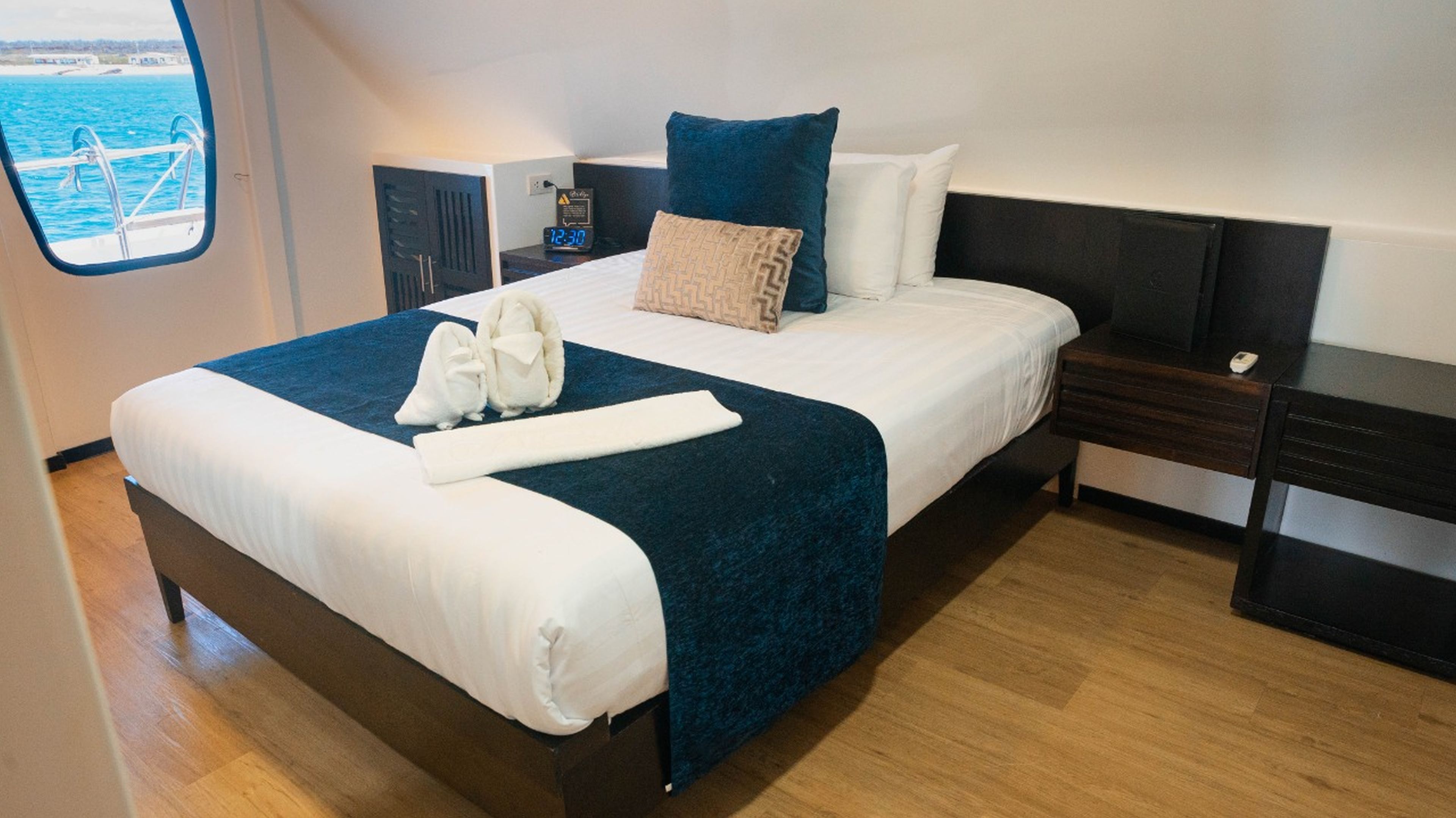 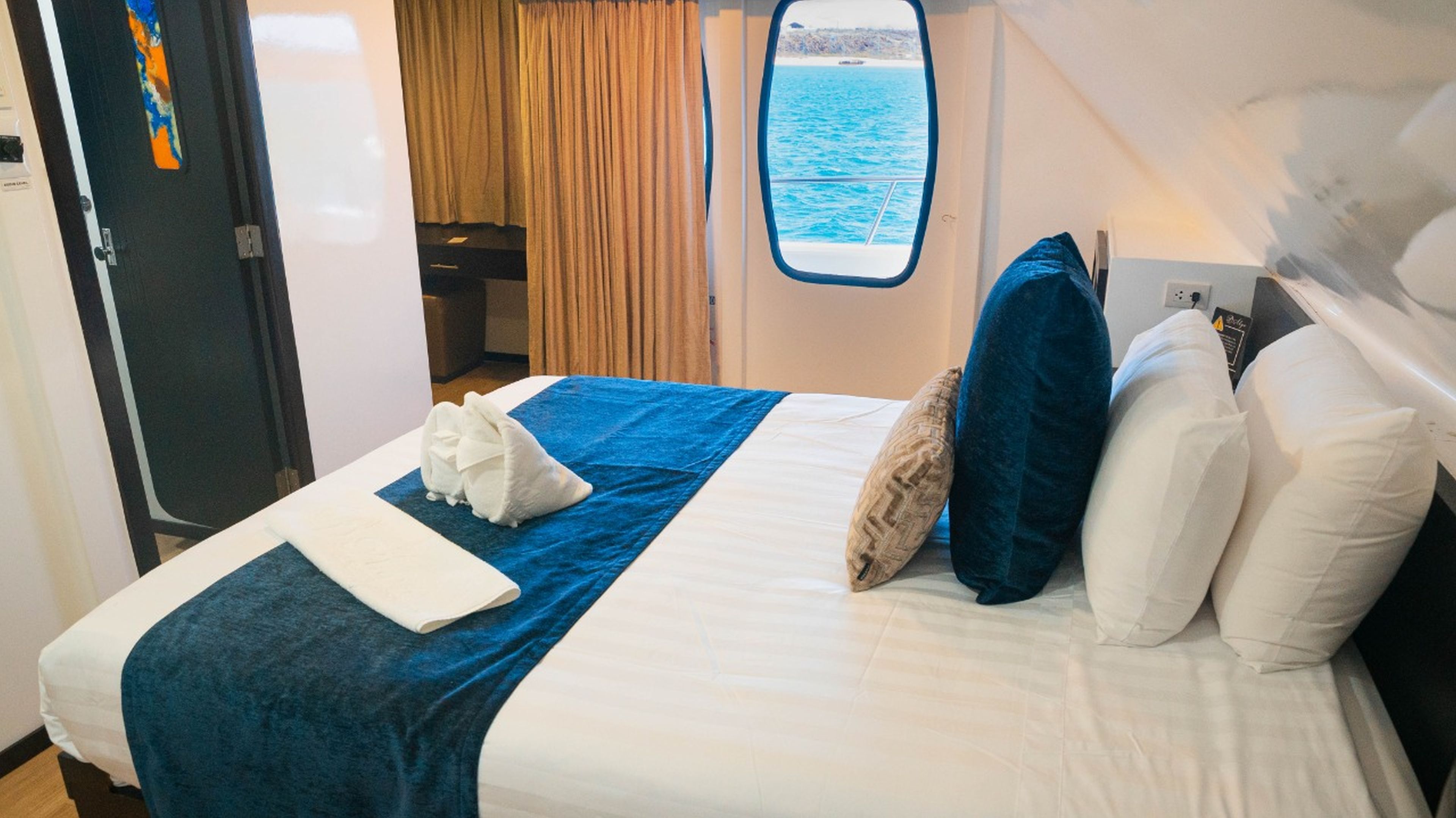 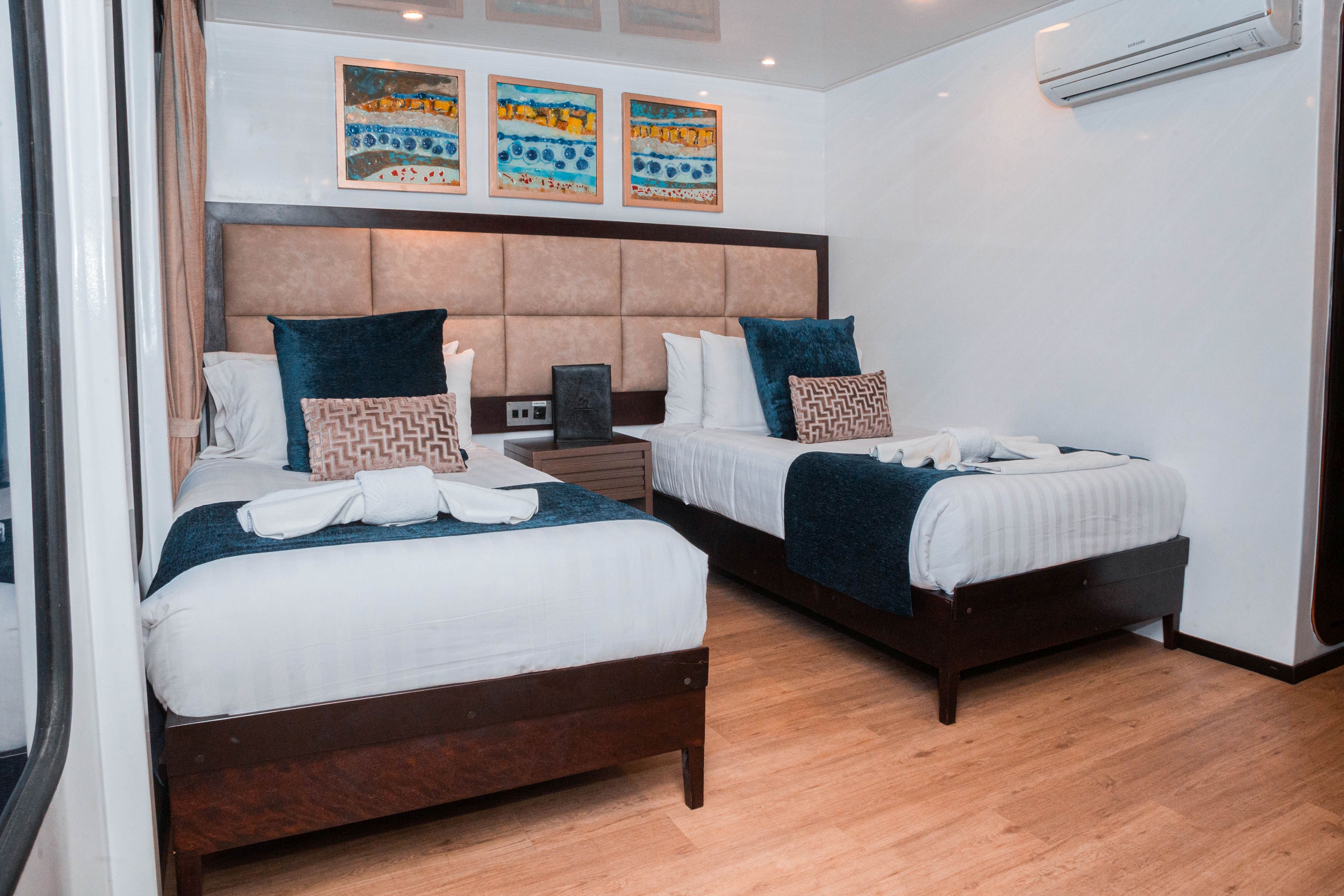 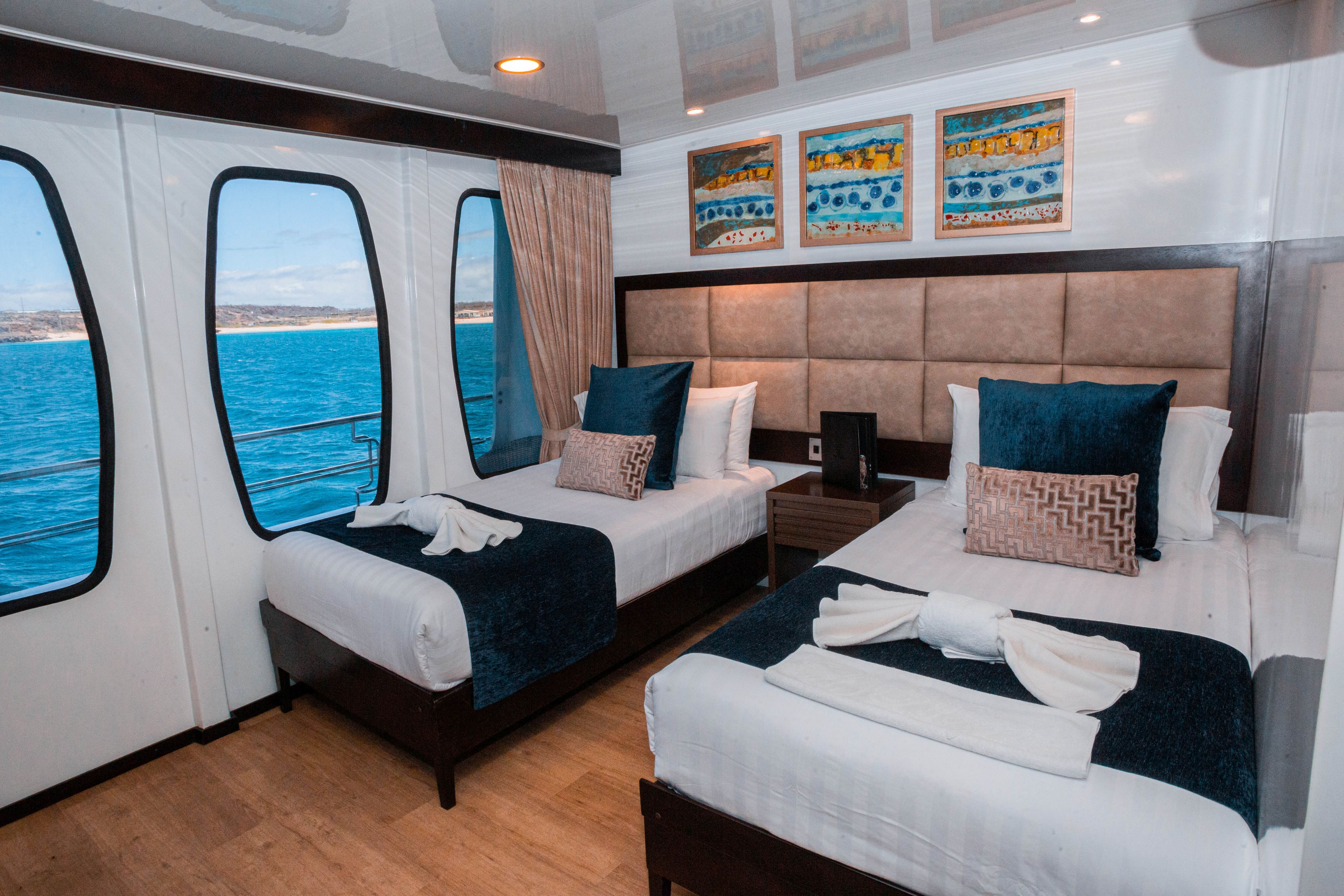 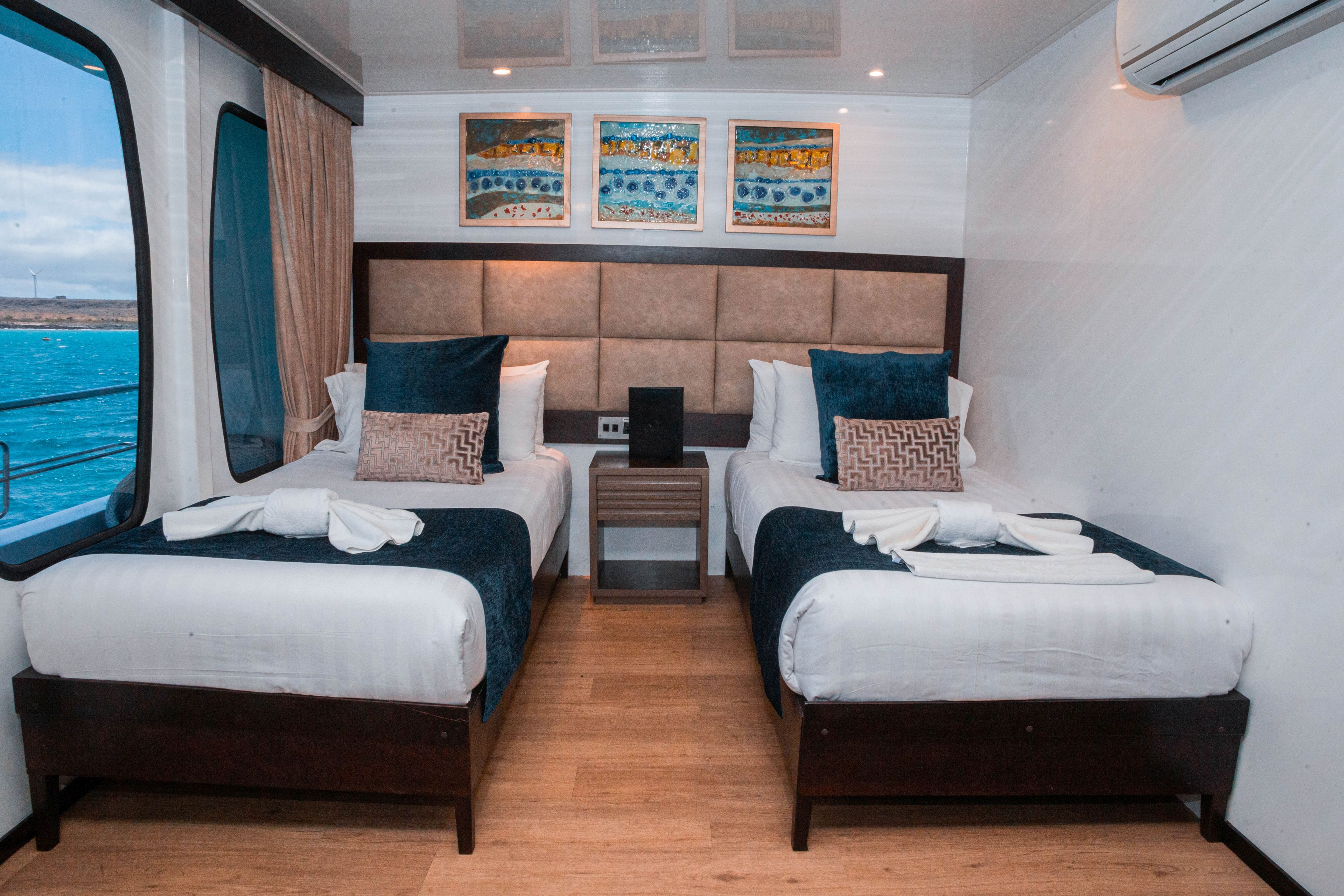 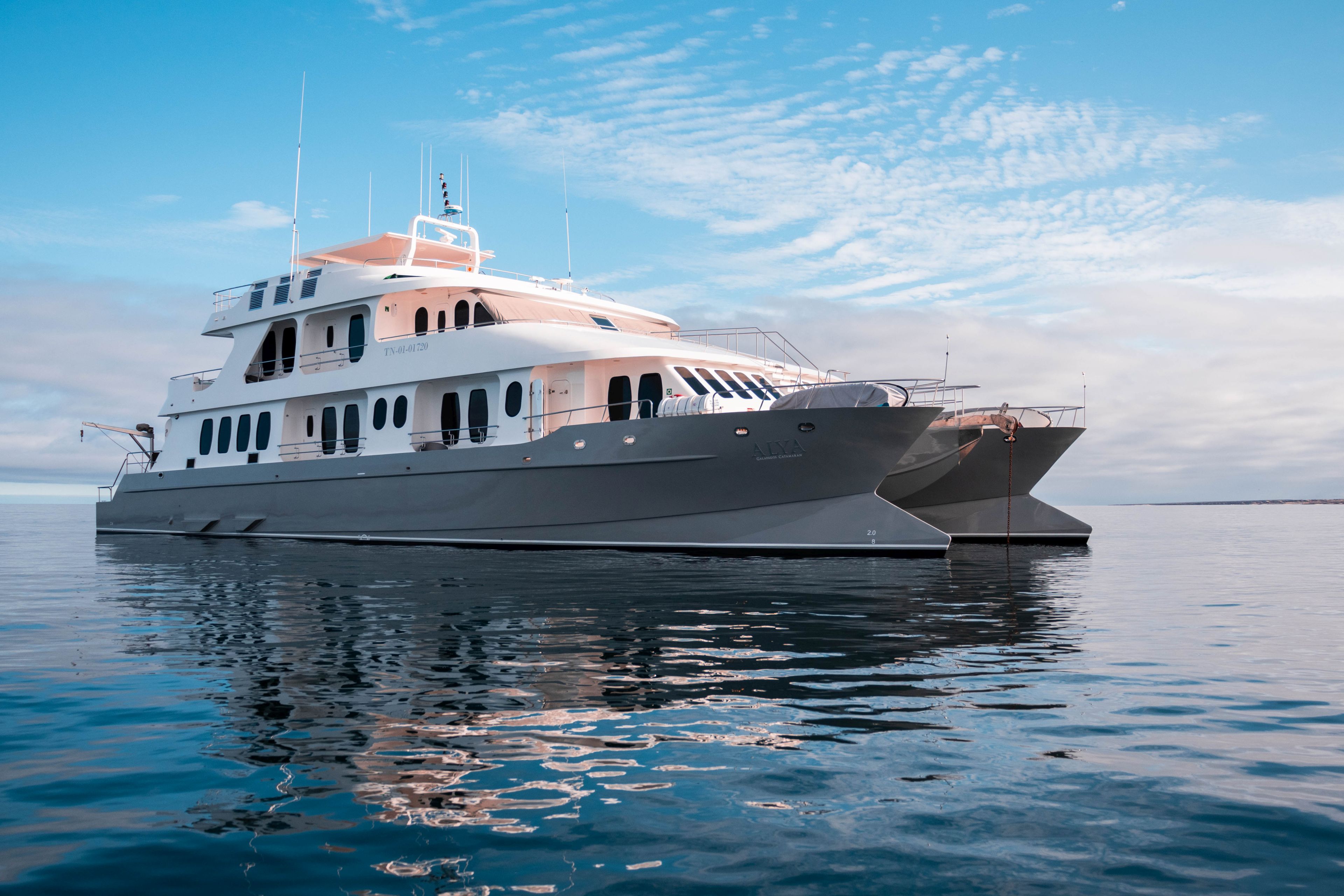 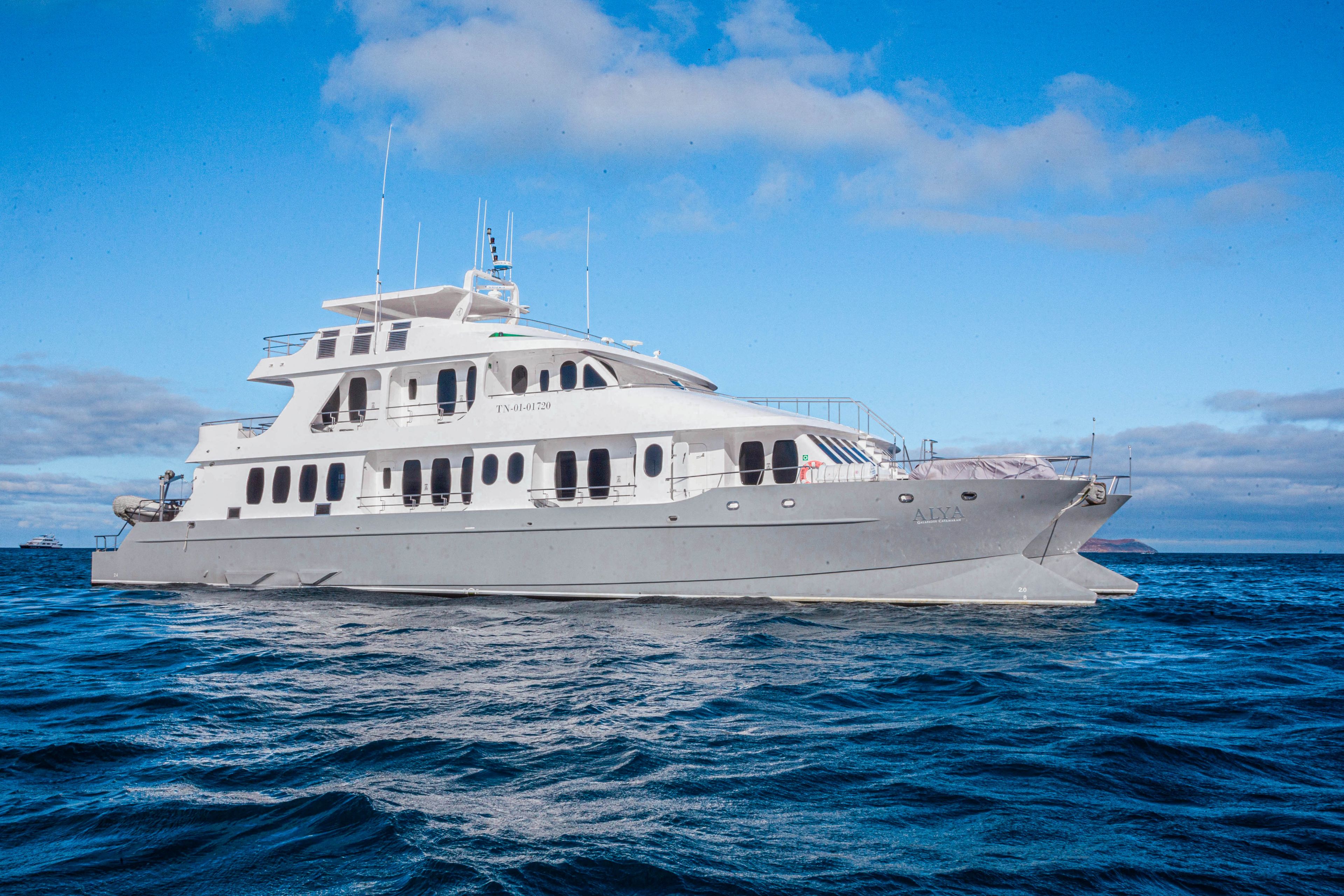 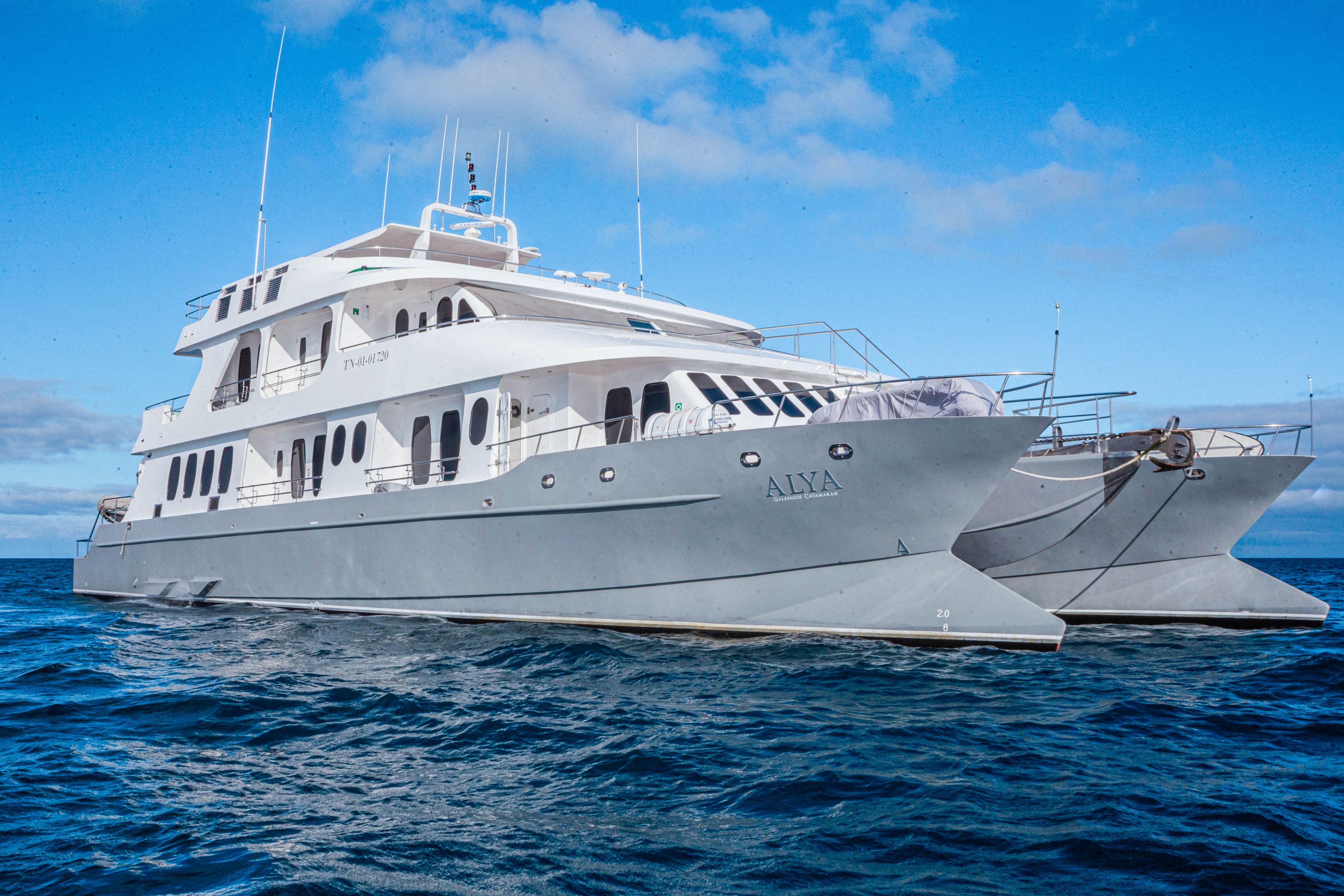 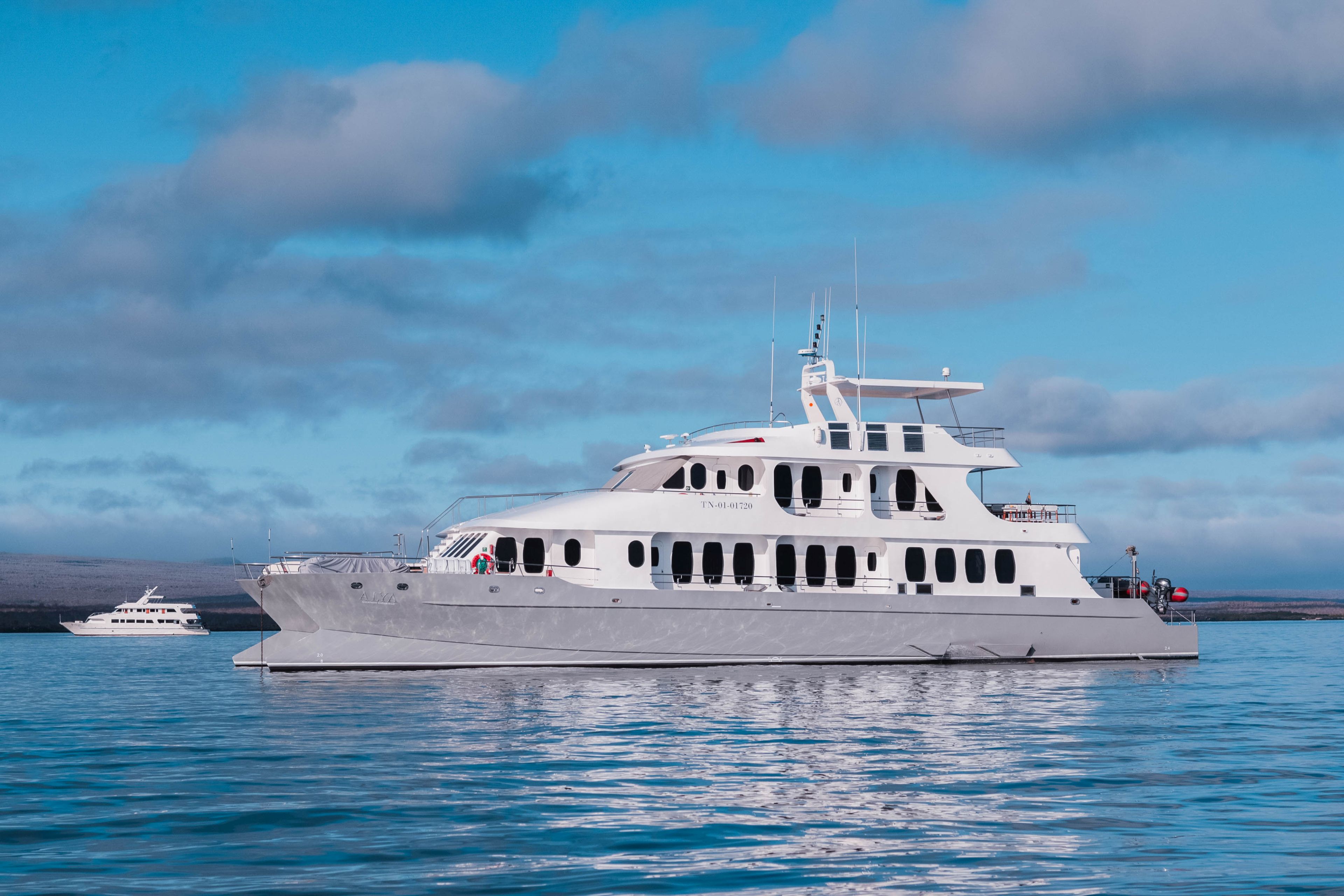 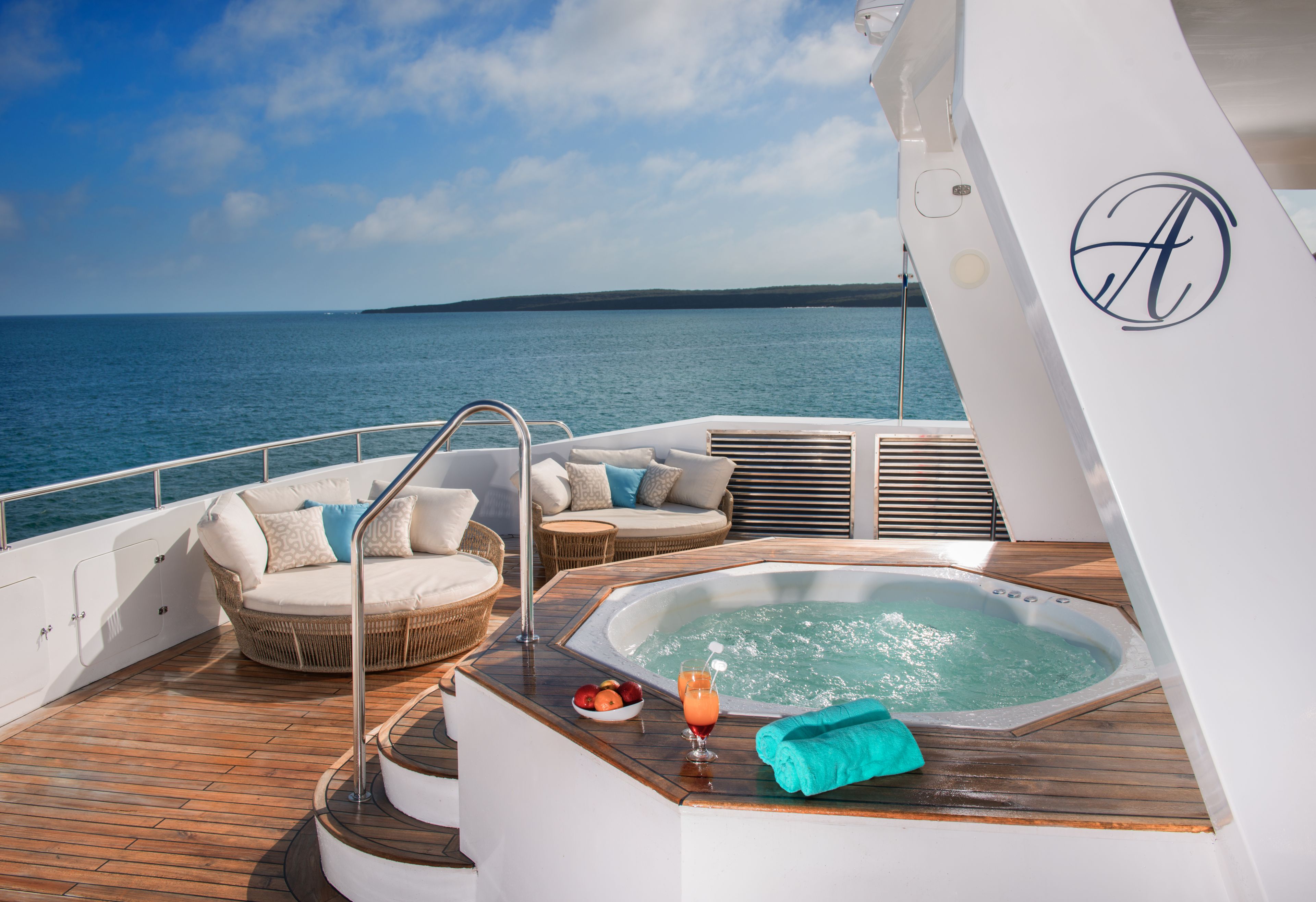 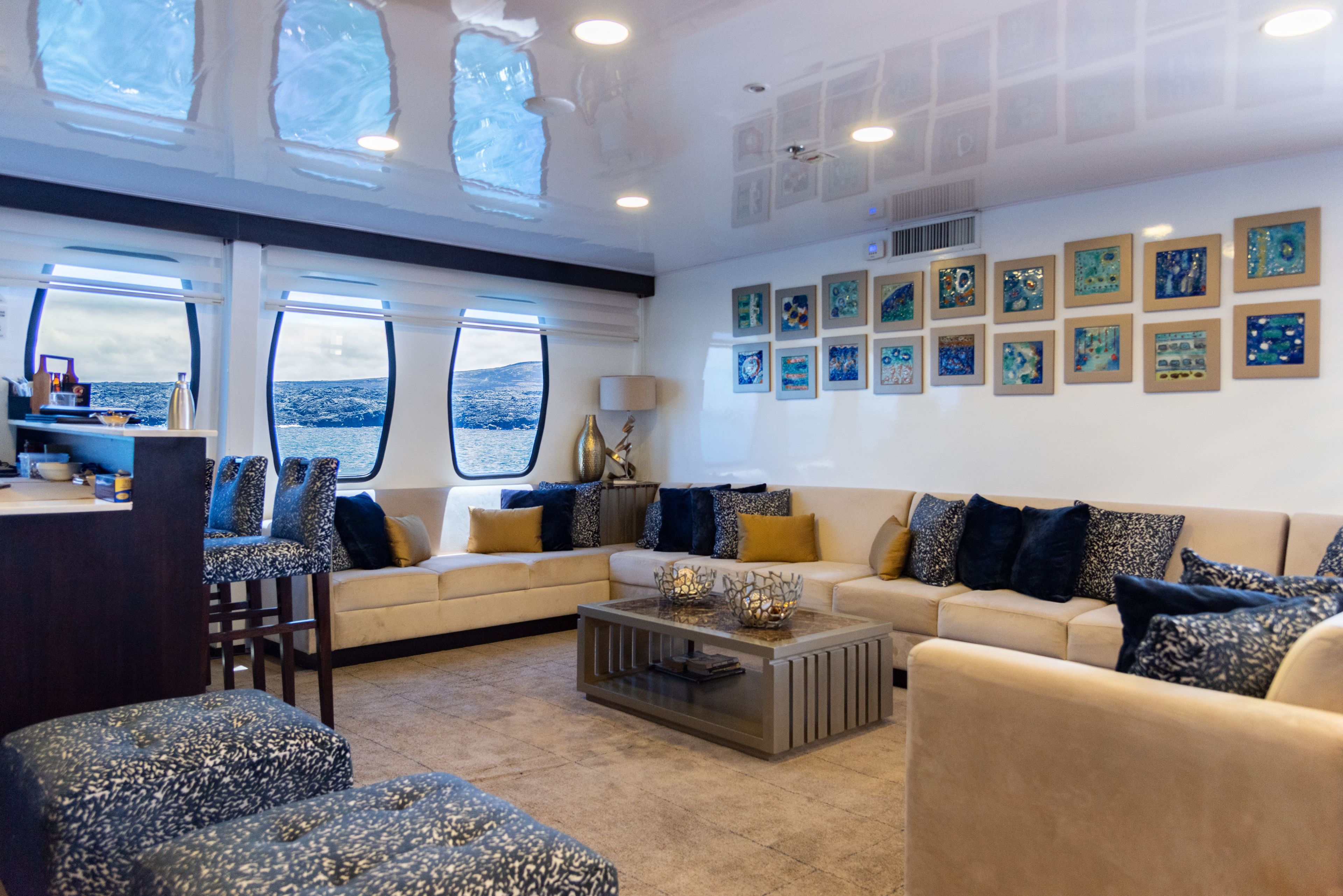 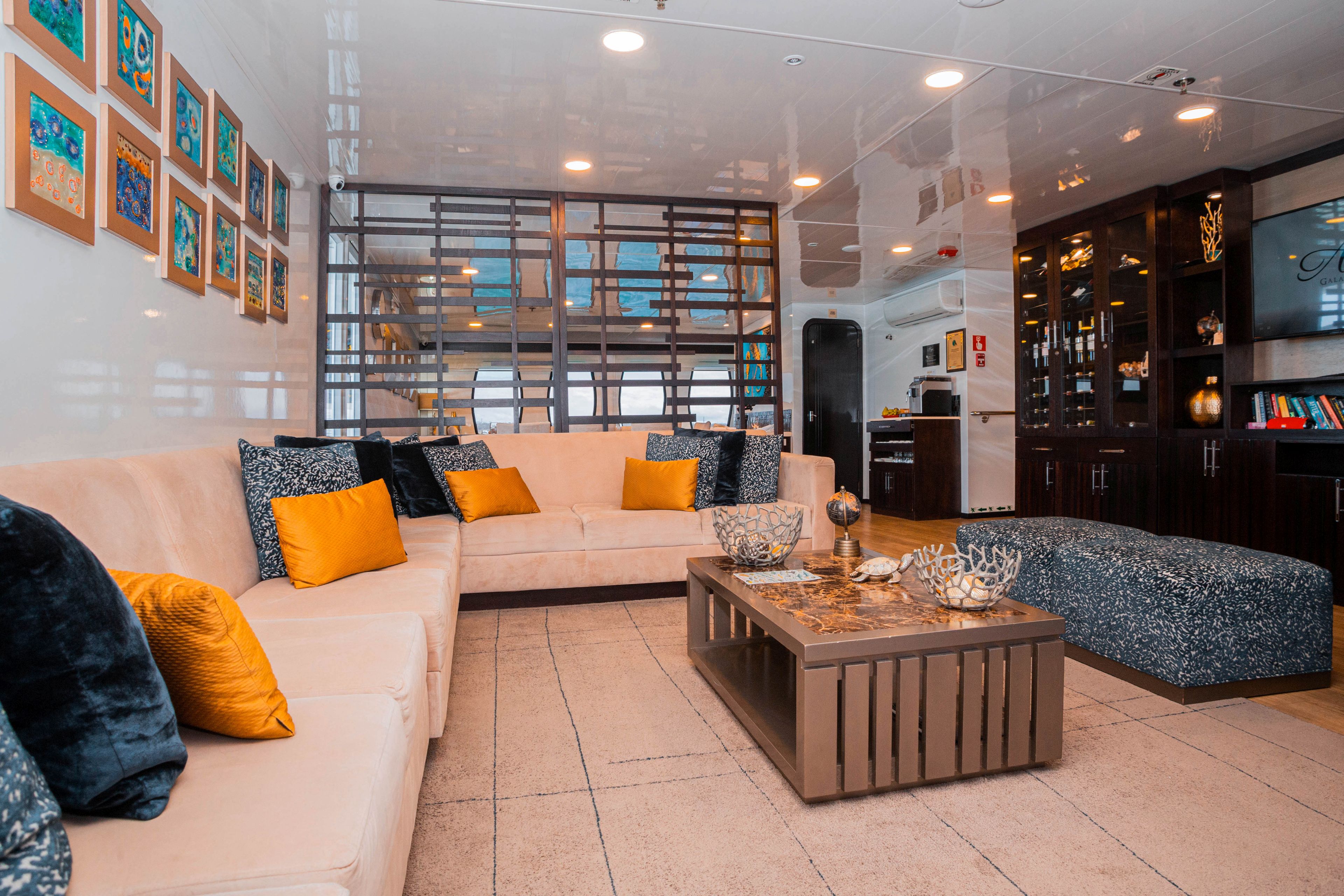 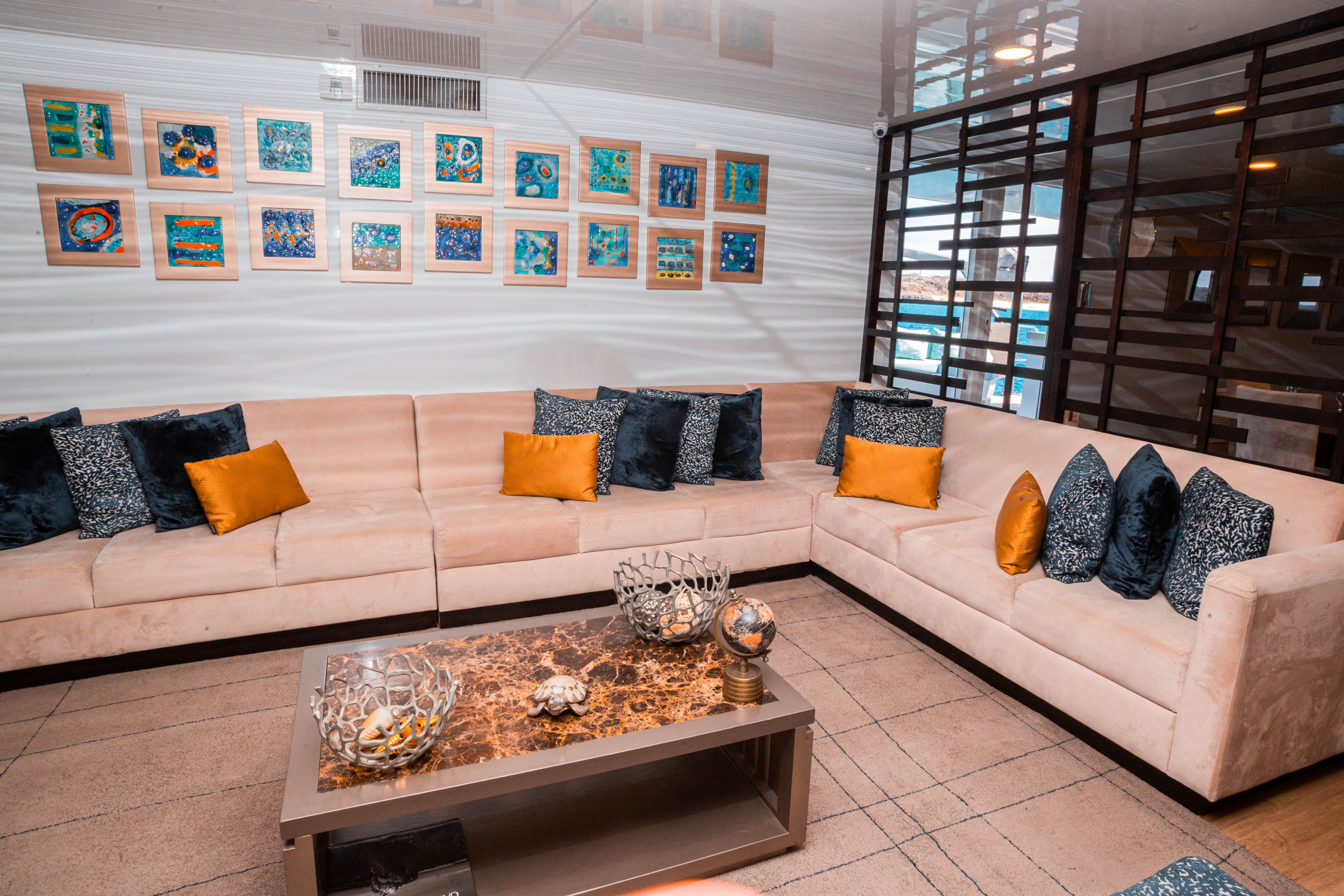 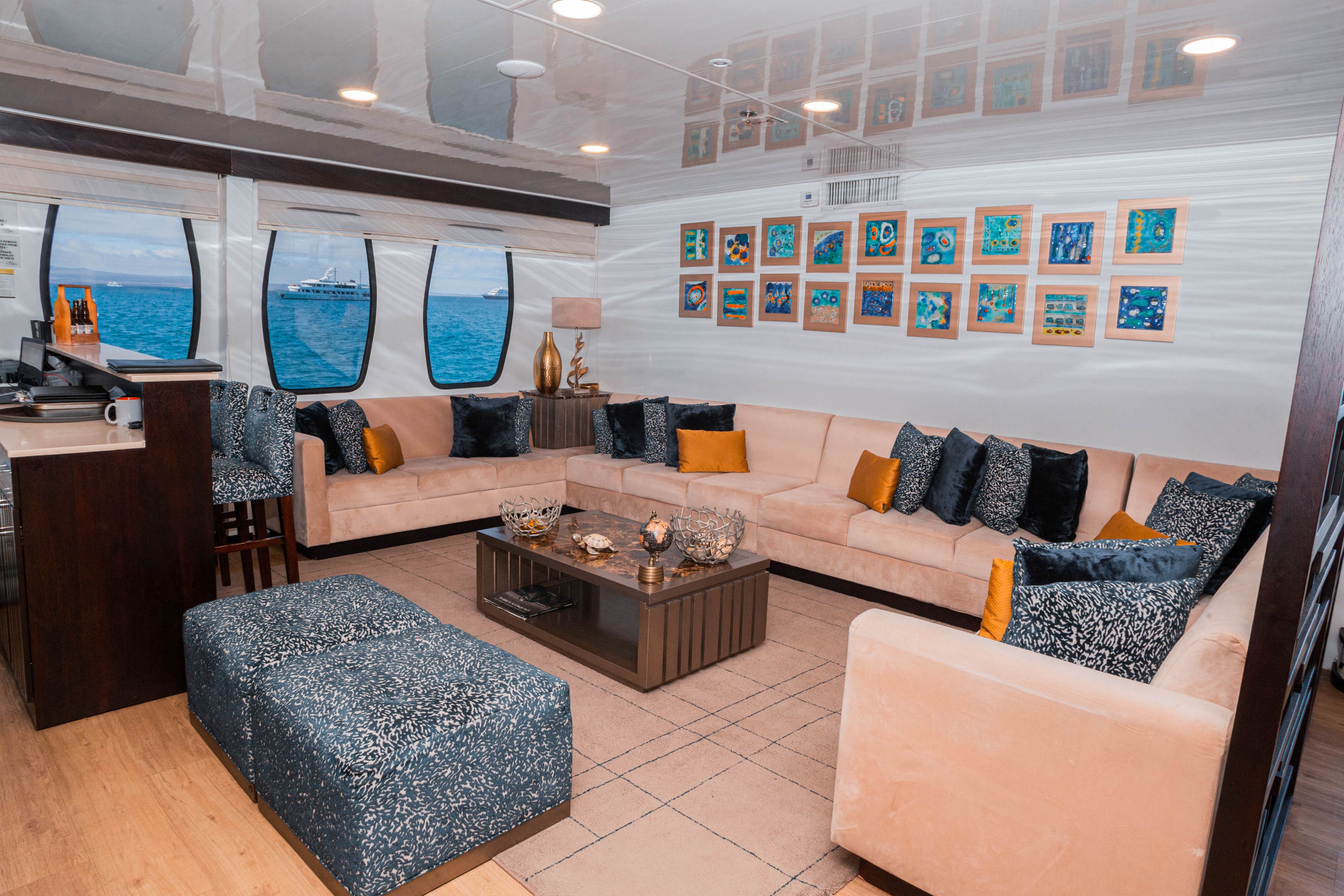 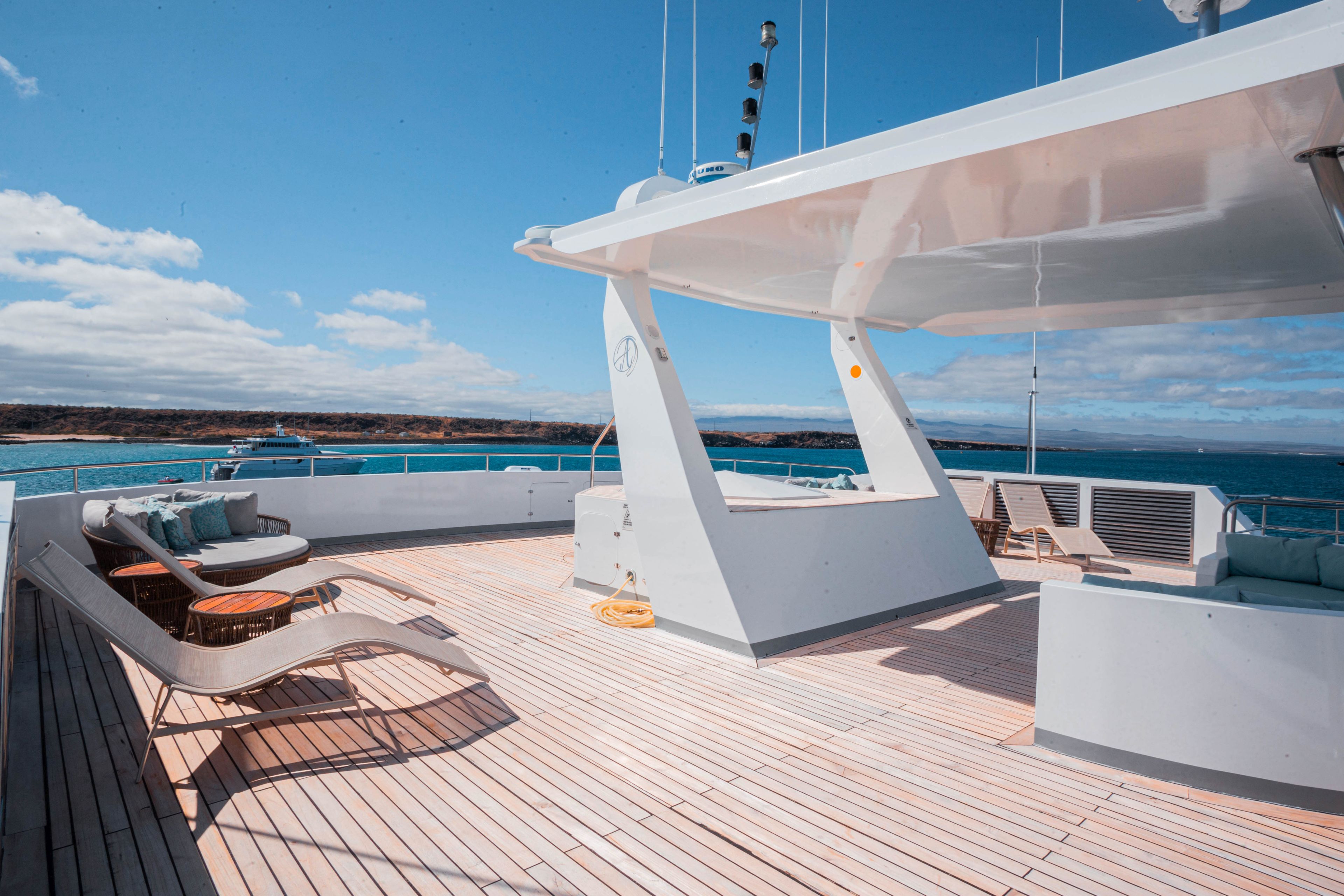 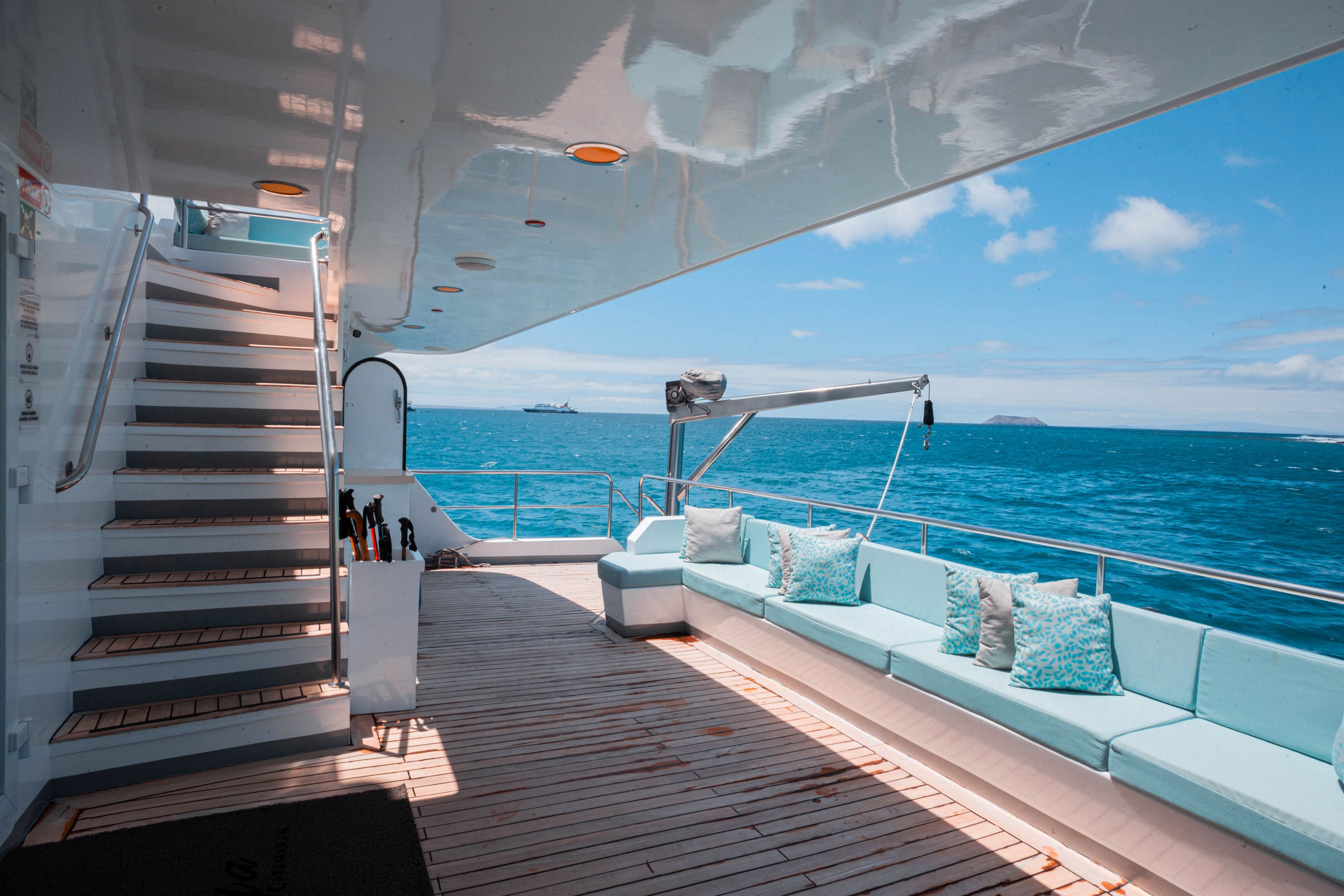 PM - Baltra airport. Reception at the airport. Transfer in. Welcome on board Alya Catamaran.

After lunch we will visit HIGHLANDS OF SANTA CRUZ, where we will hike and encounter giant

tortoises in their natural habitat, a natural wonder. For this visit we recommend to use sport shoes,

AM - MORENO POINT: is located on the north coast of Isabela Island between Sierra Negra and Cerro Azul Volcanoes. The main attractions at Punta Moreno are coastal lagoons amid black lava  flows where there are several species of birds. It has a panoramic view of the three most active volcanoes in the Galapagos: The Sierra Negra, the Cerro Azul (Isabela Island) and La Cumbre (Fernandina Island).  Lunch.

AM - URBINA BAY: this place is located at the base of Alcedo Volcano between Elizabeth Bay and  Tagus Cove. Wet landing. Trail length is around 3.20 Km; during this we can observe land iguanas,  hawks, and tortoises.  It is also possible to see red and blue lobsters.  Lunch.

PM - ESPINOZA POINT: Fernandina is the third biggest island in the Galapagos and has only one visiting site: Espinoza Point, famous for the large colonies of marine iguanas and the home of the flightless cormorant, the Galapagos penguin, snakes, and more.  From Espinoza Point, we can admire the beauty of Fernandina Island and its volcano which last erupted in May of 2005.  Fernandina is the only island that doesn’t have mammals and the open areas are extremely fragile.  From January to June, the nesting period of the marine iguana, we take great care when walking.  Dinner. (B/L/D)

AM - TAGUS COVE: It is located to the west of Darwin Volcano on Isabela Island.  While walking, we  will find several inscriptions (names of pirates) dating back to the 1800’s. From here, we can see  Darwin Lake, a salt water lake with a depth of approximately 9 m.  It contains no fish.  It is very  common to see a variety of bird species.  Lunch.

PM - VICENTE ROCA POINT: is comprised of two separate coves, this site is a large bay with  spectacular sea life. Keep an eye out for seahorses, sea turtles, and the strange yet fascinating  Mola-mola (sunfish). Dinner. (B/L/D)

AM - ESPUMILLA BEACH: The main attractions include Palo Santo Wood, the beach, and the  stunning landscape; the beach is a very important site for tortoises because they use this place for  nesting. Lunch.

PM - EGAS PORT: Here we find a beautiful black sand beach; to the south of the beach is the Pan  de Azucar Volcano, whose volcanic deposits have contributed to the formation of the black sand  beach.  The crater of this volcano contains a saltwater lake that dries up during hot weather.   Between 1928 and 1930, explorations to develop a salt mine were carried out, but it was decided  that a mine was not feasible.  The workers’ use of endemic woods also damaged the environment  and the development was scrapped.  Descent to the salt mine is not allowed.  Dinner.  (B/L/D)

AM - BACHAS BEACH:  This beautiful beach is located in the north of Santa Cruz Island; the beach  is one km long. The site was named during WWII (World War II) when the American army left two  barges on the beach. The early colonists couldn’t pronounce barges correctly, so they called the area  “Bachas”. Transfer out. (B/-/-)

** This itinerary is subject to change without notice; due to seasonal changes, weather conditions or Galapagos National Park regulations. **