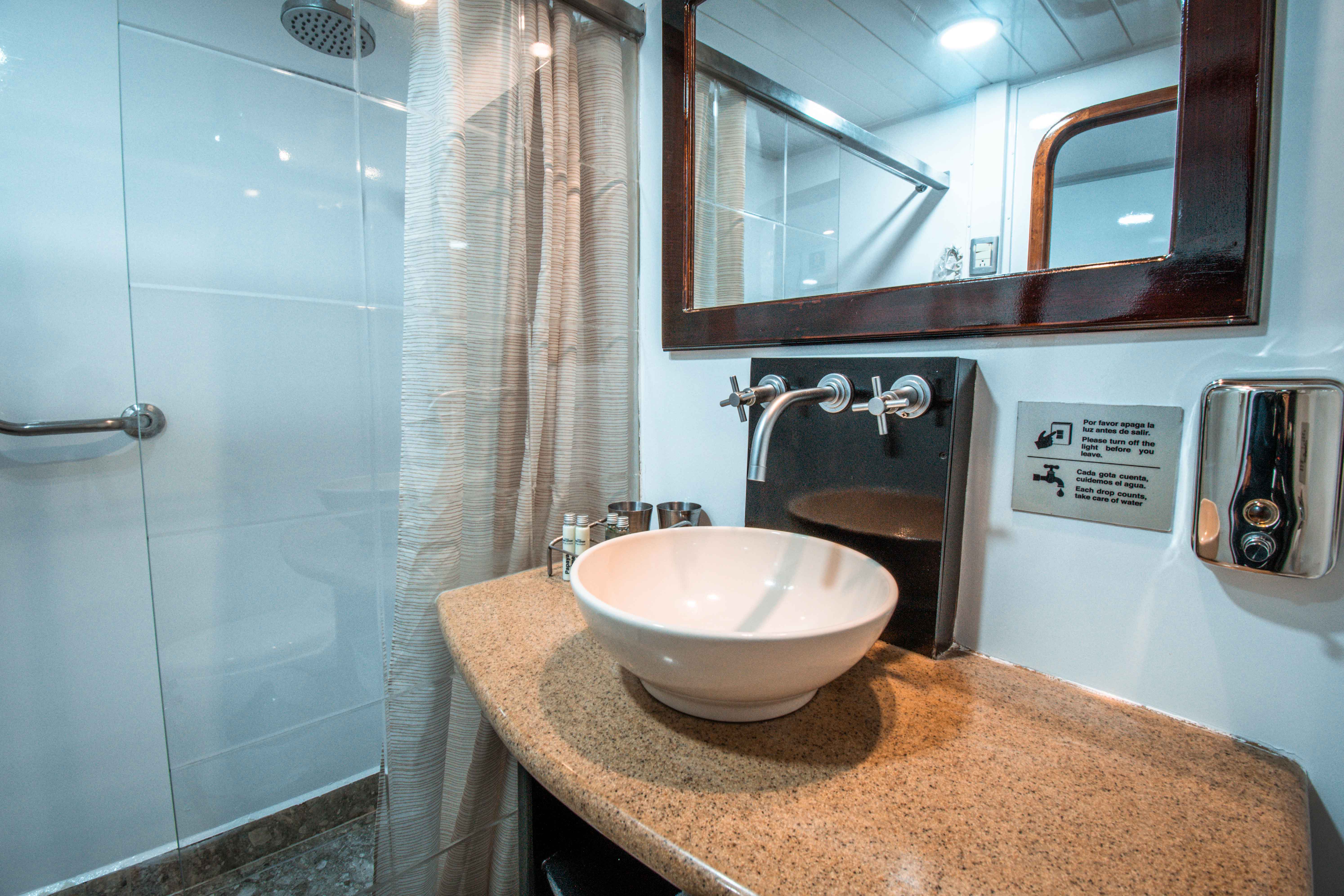 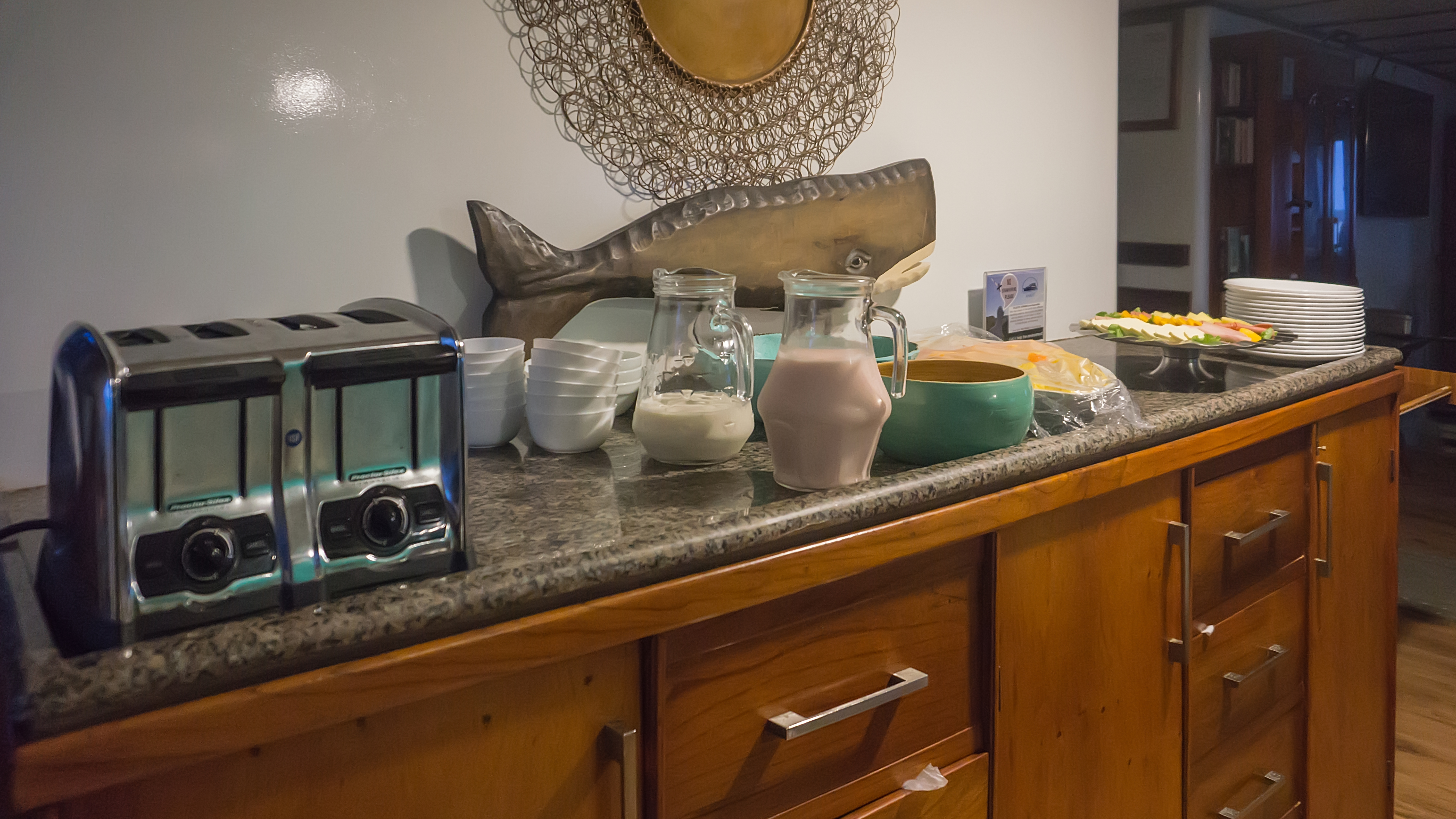 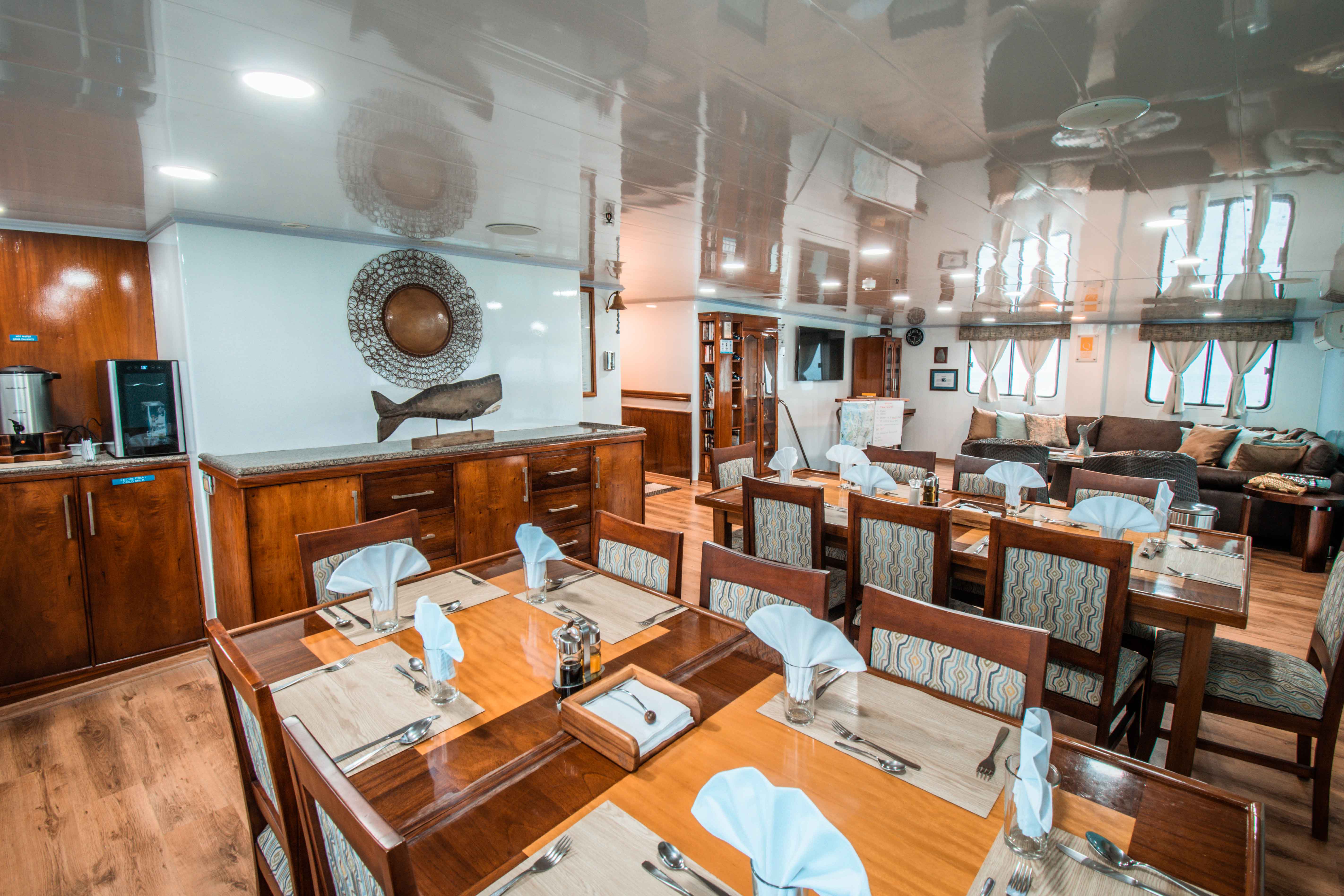 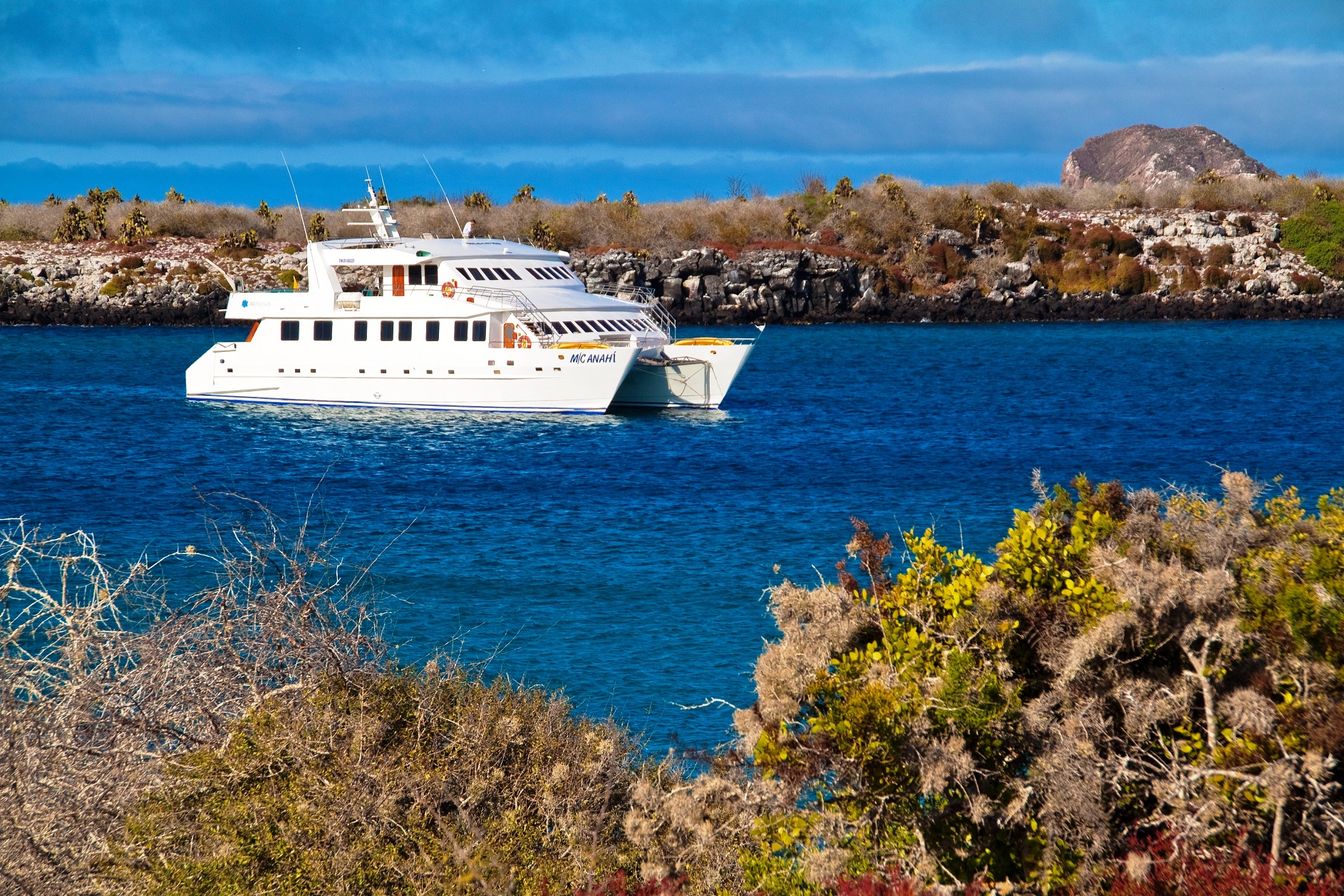 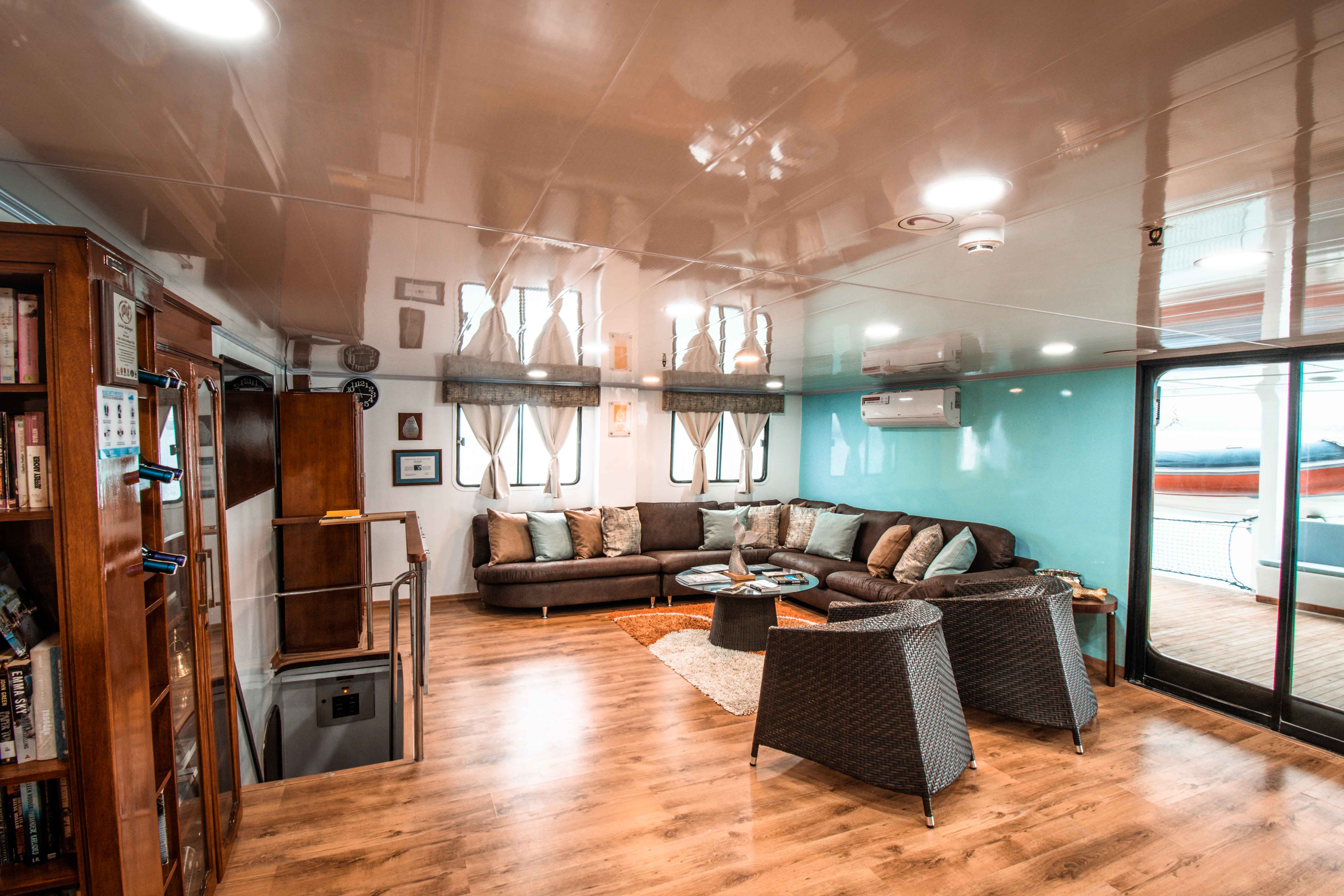 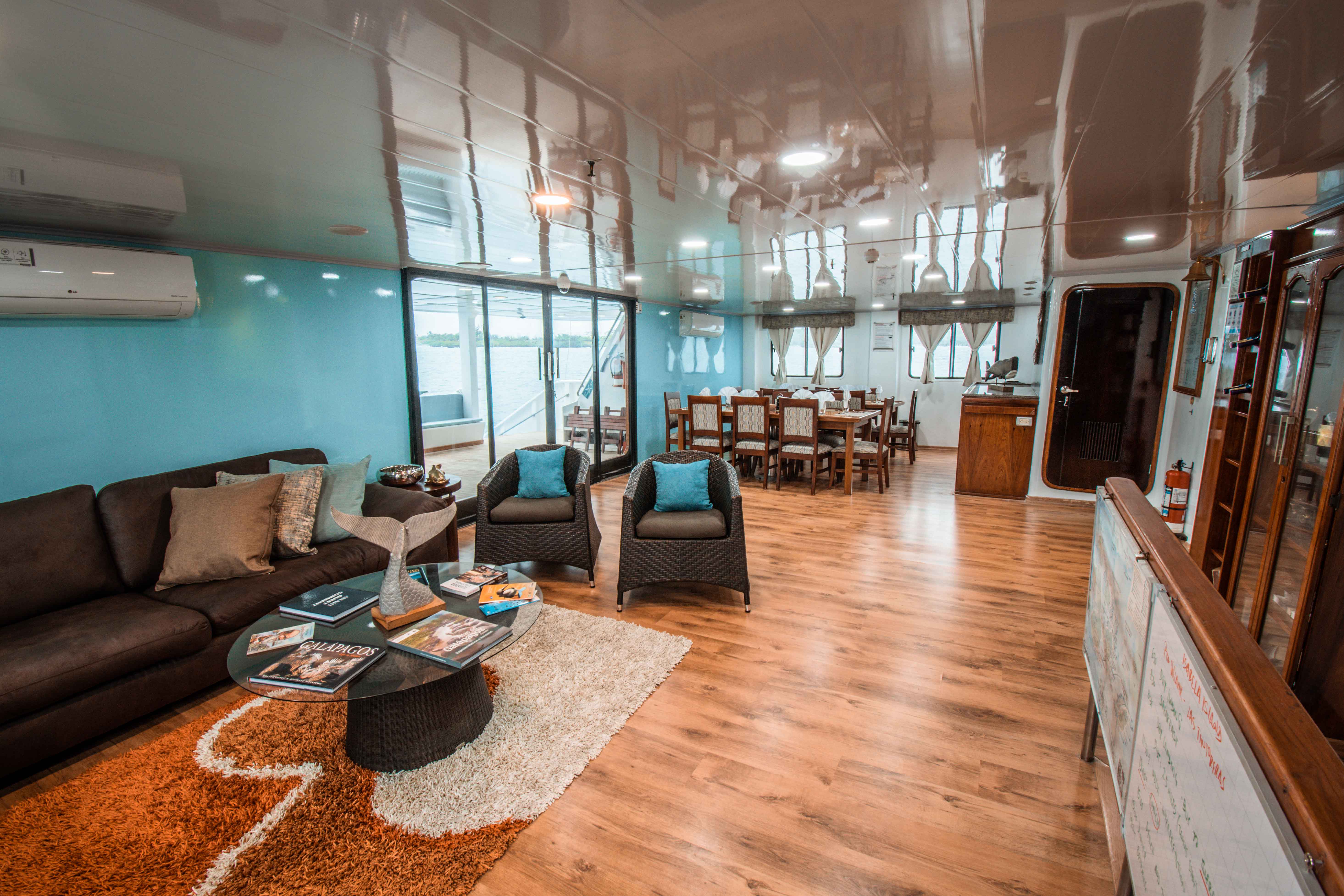 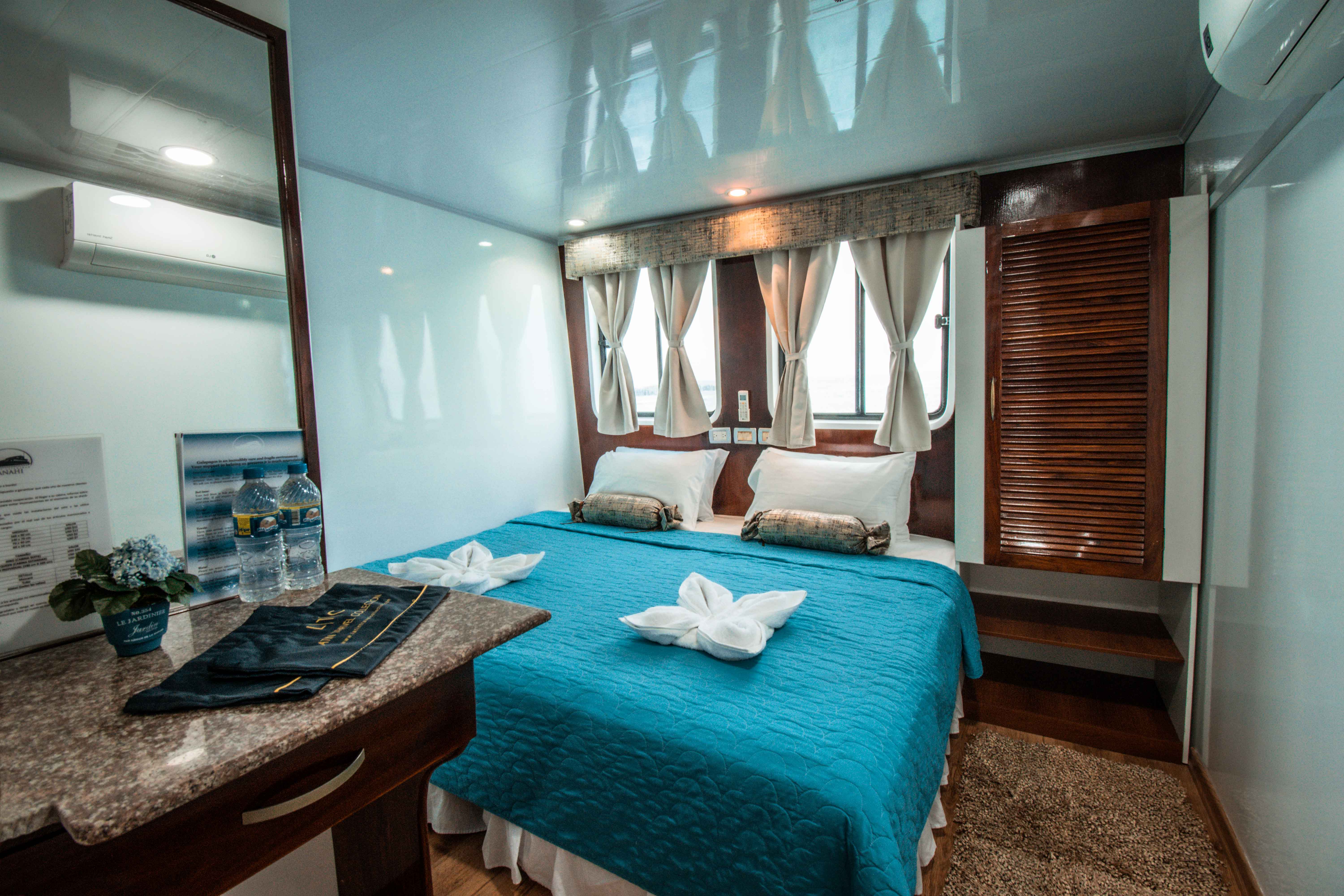 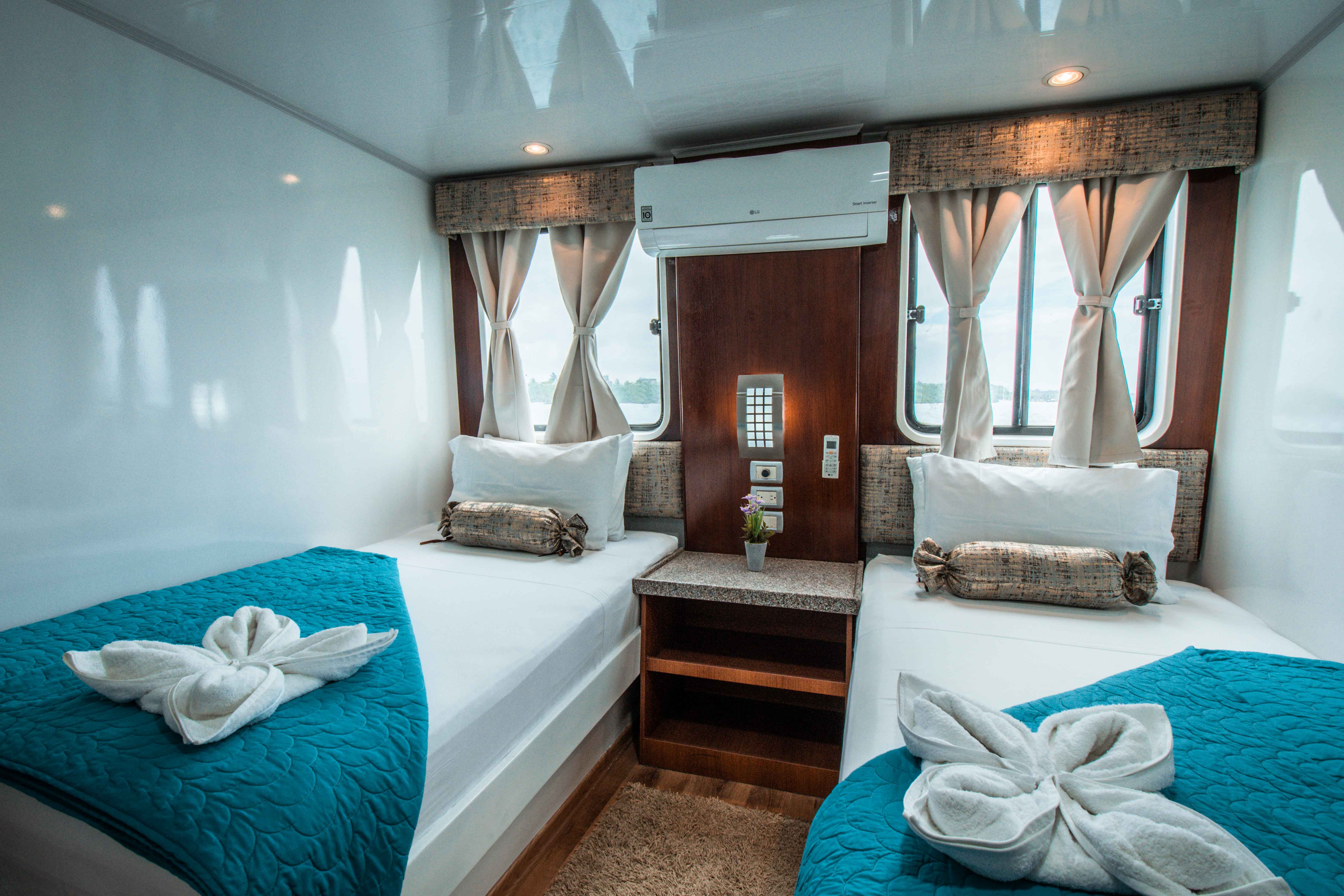 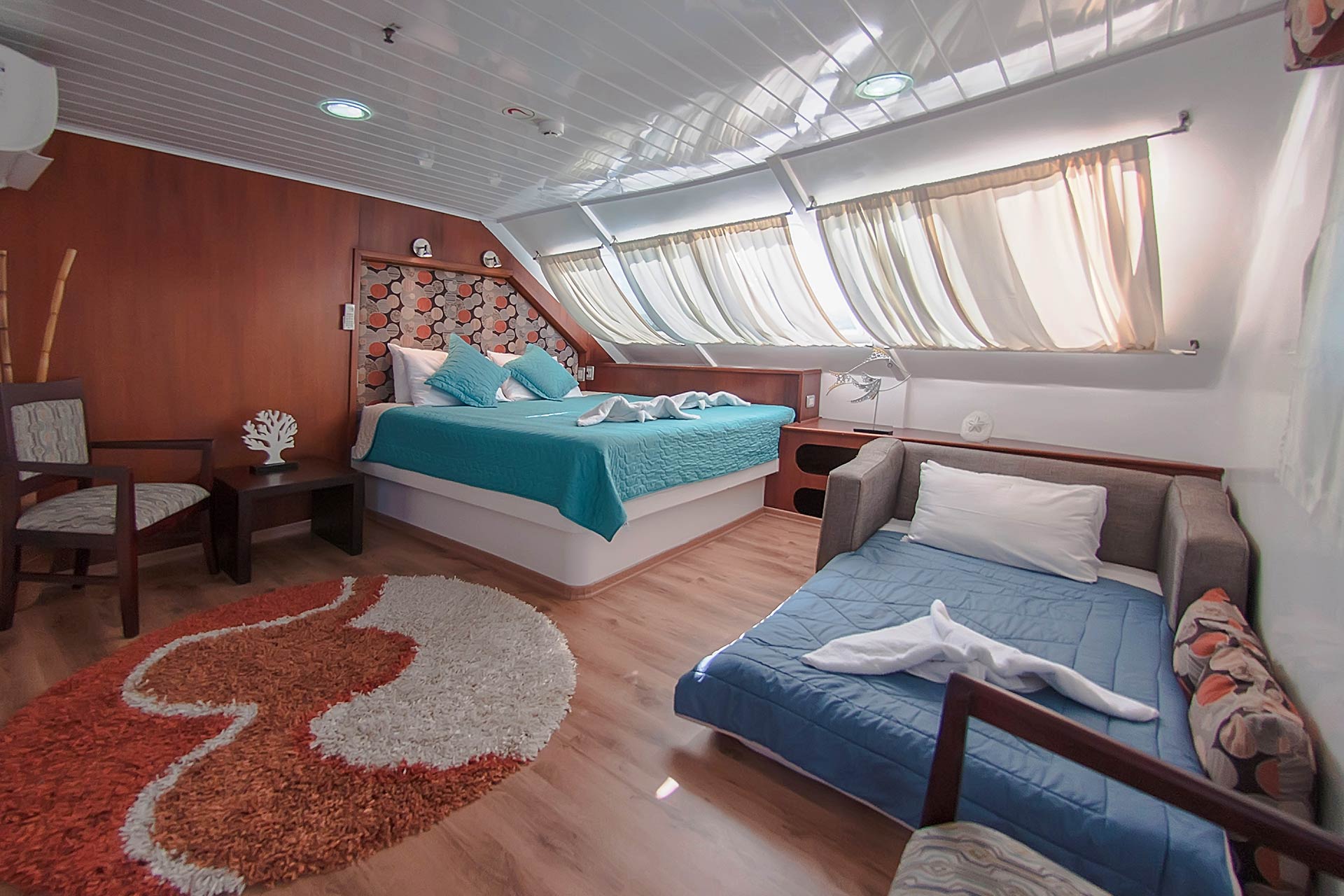 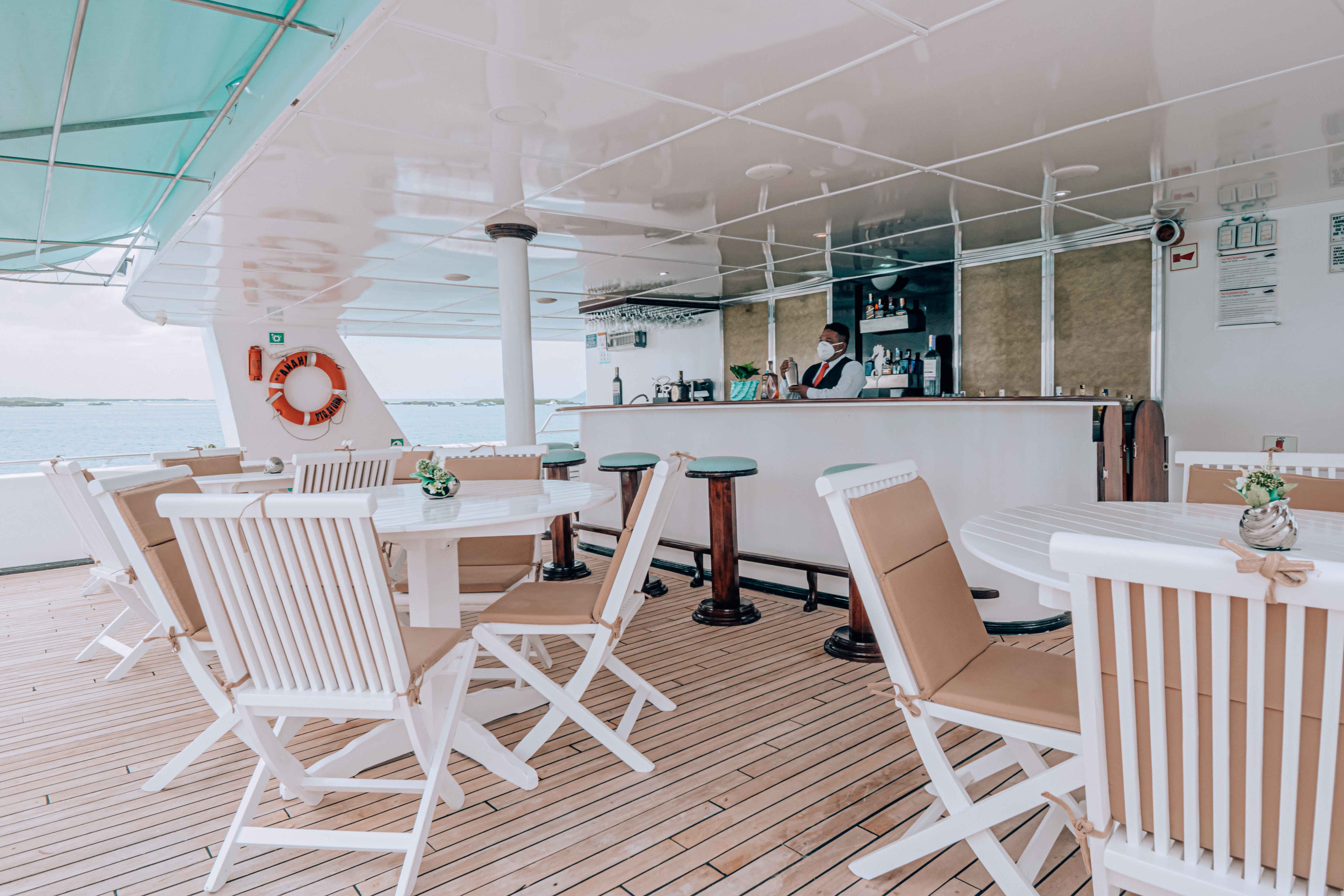 This short cruise gives you a breath-taking introduction to the Galápagos Islands, its unique environments and spectacular landscapes.

AM: Flying from Quito or Guayaquil, our flight will arrive around noon (local time) to San Cristobal.

Where you will be greeted in the lobby by our guide, who will be waiting for your arrival to drive you to Yacht Anahí. Your baggage will be handled by one of our crew members who, aboard the small Zodiacs will transport you directly to the yacht. The captain and the crew will welcome you on board, and then you will have your cabins assigned. After lunch, our guide will give you a brief explanation of the afternoon activities.

Interpretation Center of San Cristobal, located on the outskirts of the small town of Puerto Baquerizo Moreno, the capital city of the Galápagos province. The interpretation center will give us an introduction to the islands, and their natural, as well as human history. After, we will walk to the place known as ‘La Colina de las Fragatas’, or ‘Cerro Tijeretas. This short 30-minute walk starts from the interpretation center and takes you to the top of the hill. Once there, the visitors can enjoy a spectacular sight of the surrounding white beaches and the incredible geographical formations of the Pacific Ocean. The hill is often visited by Frigate birds that nest there in certain seasons of the year. From the hill we will descend into a small cove known as Punta Carola, where we will observe a colony of sea lions. At night (if you want) you can go into the city for a walk and maybe have a drink at one of the local bars.

Punta Suárez: A destination of great interest due to the abundance of birds. This island also has its own species of animals, like the Española Mockingbird, which has a distinctively longer and more curved beak than variations found on other islands; The Galápagos lava lizard; The marine iguana of the venustissimus subspecies, that has red marks on its back; among others. We can also observe seagulls and other tropical birds that live on the rocky slopes. Among the more interesting attractions is the waved albatross, as almost the entire world population comes to breed here between March and December, and the mating dance of the blue-footed booby. There are hundreds of nazca boobies, colonies of sea lions, large colonies of marine iguanas and different species of birds.

Bahía Gardner: A beautiful beach that is excellent for swimming and snorkeling. Here we can find a large colony of playful sea lions and hopefully observe the Galápagos Peregrine Falcons and local species of snakes, while we will undoubtably see Darwin’s finches, mockingbirds and sea turtles.

Punta Cormorant: A site that has the best and the biggest flamingo lagoon of the Galápagos. It is located between two volcanic hills that gives the area a special atmosphere. There are varieties of sea birds that can be seen in addition to flamingos, the most frequent ones being stilts, white-tailed ducks and other migratory birds. This is a unique area due to the high percentage of endemic plants (unique to the island). Here we can see the “Green Beach” (due to the high percentage of olivine crystals in the sand) and the “Flour Sand Beach” mainly composed of coral reefs, making these the two most interesting beaches of the islands. Then we return to the yacht to begin our snorkeling activity at the location known as the Devil’s Crown. This is a sunken volcanic crater where the interior of the formation is ideal for the sustainability of a marvelous coral reef habitat, making it one of the most fascinating marine sites in the Galápagos.

Bahía “Post Office”: Historically, it served as a letter exchange station in the 18th century when the crew of a whaling ship utilized a wooden barrel. Both sailors and tourists have used this system to communicate with people from all around the world. The idea is to bring letters or postcards to their destination by hand, creating a very special “postal service” This site was also the landing place for some of the first settlers on the islands. Then we will visit the Asilo de la Paz, known for its strange history as one of the first occupied areas of the islands by the German Witmer family. We return to the yacht and head to Puerto Ayora, the largest city in the Galápagos.
If we are lucky, we may see a pod of dolphins during our trip, as well as manta rays and sea turtles.

After breakfast, we will visit 2 interesting locations, before departing for the airport. We begin with a visit to the visitor center of the Galápagos National Park “Fausto Llerena” where the breeding of the turtles is carried out, and where we can learn about the work that is being done in order to protect this unique species. The famous Charles Darwin Research Station is also located here, where we can contribute to the scientific investigations that are promoted by the station.

Then we will be transported to the Itabaca channel, which we will cross with a local ferry, and then will take a bus to the Baltra Island Airport. Our trip ends here. We will say goodbye to our guide and to the Galápagos Islands, who will be waiting for your next visit.